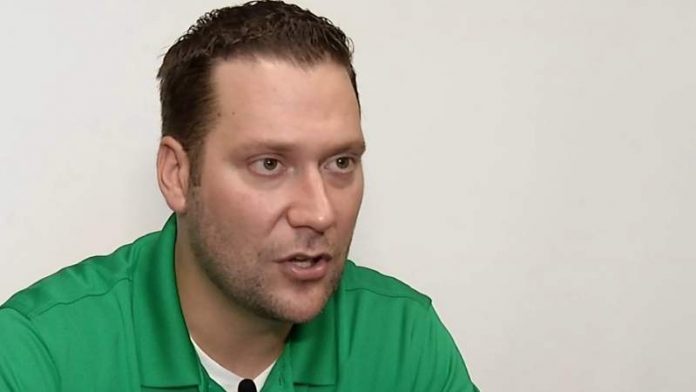 A change of plea hearing has been scheduled for Monday in federal court in the case of Joel Greenberg, the former Seminole County tax collector who resigned in disgrace last June.

Greenberg — who is required to attend the 10 a.m. hearing before U.S. Magistrate Judge Leslie Hoffman — is expected to plead guilty to federal charges as part of an agreement with prosecutors with the U.S. Attorney’s Office.

Details of the plea of the agreement have not yet been revealed, including whether he gave federal prosecutors any information regarding his friend, U.S. Rep. Matt Gaetz, who is under federal investigation for accusations that he had sex with a 17-year-old girl.

Greenberg had been cooperating with federal investigators since last fall and told them that he had paid for sexual encounters involving himself and Gaetz with at least one 17-year-old, according to a New York Times report. Investigators have also been looking into whether Greenberg and the Republican congressman from Florida’s Panhandle had recruited women online to pay for sex.

Gaetz has not been charged with any crime, and he has repeatedly denied any illegal activity, including that he paid for sex or had sex with anyone underage.

Greenberg won the tax collector’s job at the age of 31 and without a college degree after defeating longtime incumbent Ray Valdes in the 2016 Republican primary and then beating a no-name candidate in the general election.

But soon after taking office he became involved in one controversy after another — including using millions of dollars in taxpayer funds to hand out lucrative contracts to friends, business partners, and political associates.

He banned a county commissioner from entering the county’s tax collector’s offices. He set up a Blockchain business within his government office. He armed many of his top-level managers with firearms, and even Greenberg, himself, often walked around in public with a pistol to his side.

He pulled over a woman for speeding while wearing a badge. He pitched an unpopular plan — that was rejected by state officials — to sell off the branch offices of the Tax Collector’s Office and then use the money to buy run-down shopping centers.

But last June, Greenberg was arrested at his home in the upscale Heathrow community after a grand jury indictment charged him with stalking and unlawful use of ID. Federal prosecutors said Greenberg sent fake letters to a private school from a “very concerned student” that accused teacher and political opponent Brian Beute of sexually abusing a student repeatedly.

Greenberg is also alleged to have created fake Facebook and Twitter accounts that were made to appear to belong to Beute.

Investigators said they later found Greenberg’s DNA and fingerprints on the letters, and the IP address from the fake social media accounts was traced back to Greenberg’s home address.

During that raid at his home on June 23, federal agents found several stolen IDs inside a backpack in his work vehicle, along with a pair of fakes in his wallet.

Under three more grand jury indictments that followed, Greenberg was charged with using equipment in his public office to create fake IDs by putting his photo with the personal information of other people.

He also is accused of soliciting a girl between the ages of 14 and 17 for sex, wire fraud, illegal money transactions, conspiracy to bribe a public official, and theft of government property.

On Feb. 28, Greenberg violated the conditions of his pre-trial bond release by leaving his Heathrow home just before 5 a.m. and driving to his mother-in-law’s condominium in Jupiter to look for his wife, Abby Greenberg. At the time, Greenberg was under an 8 p.m. to 6 a.m. curfew and not allowed to travel outside the Central Florida area.

He was later arrested and first booked into the Seminole County Jail and later into the Orange County Jail, where he remains today without bond.

Last month, federal prosecutors revealed in court that they were working with Greenberg on a plea agreement. Federal Judge Gregory Presnell then set May 15 as a deadline for when prosecutors and Greenberg’s attorney come back with a status report on any plea agreement.