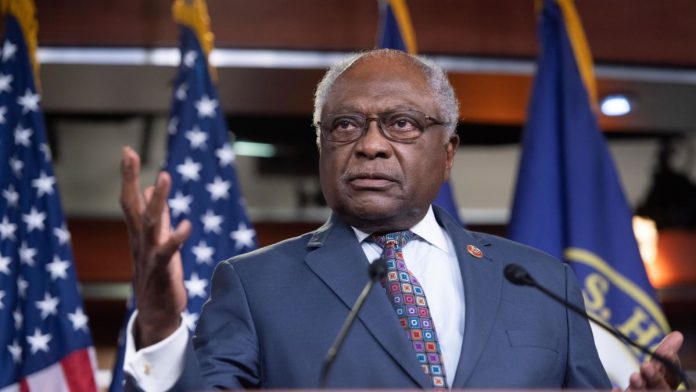 House Majority Whip James Clyburn (D-S.C.), chairman of the House Oversight and Reform Select Subcommittee on the Coronavirus Crisis, threatened Thursday to issue subpoenas in the panel’s investigation of alleged political interference by the Trump administration in Centers for Disease Control and Prevention (CDC) reports on the COVID-19 pandemic.

In a letter to Health and Human Services Secretary Alex Azar, Clyburn warned that the department’s lack of responsiveness to the requests for documents and interviews made by the committee more than a month ago meant that Democrats on the panel may turn to issue subpoenas to the Department of Health and Human Services (HHS) for the first time since it was established this spring.

“This investigation is urgent because pervasive political interference at HHS appears to be contributing to the Trump administration’s ongoing failure to control the coronavirus, which is killing hundreds of Americans each day,” Clyburn wrote in the letter obtained by The Hill. “If you refuse to comply voluntarily, you will force the Select Subcommittee to consider issuing subpoenas.”

A spokesperson for HHS said that the department has been waiting for the subcommittee to clarify “basic, standard questions” about logistics for the interviews.

Azar also said during testimony before the committee earlier this month that “our staffs are working to secure the agreements on the procedures to make that happen.”

“We want to make that happen,” Azar said.

Democrats on the select subcommittee launched an investigation on Sept. 14 in response to a Politico report showing that Trump administration political appointees have repeatedly interfered with the CDC’s weekly scientific reports on the COVID-19 pandemic. In at least one email, an appointee accused the CDC of “appear[ing] to be writing hit pieces on the administration” and trying to “hurt the president.”

At the time, Democrats on the panel asked for communications sent or received by CDC Director Robert Redfield about the reports and additional documents from other top officials. They also sought transcribed interviews with political and career CDC and HHS officials, including Michael Caputo, the then-assistant secretary for public affairs at HHS; Paul Alexander, a then-senior adviser at HHS responsible for the email cited by Politico; and top officials at the CDC responsible for the weekly reports.

Alexander has left HHS, while Caputo has taken medical leave after accusing CDC officials of trying to undermine Trump in a Facebook post.

Clyburn cited recent communications with HHS in which officials questioned the need for the interviews and declined to provide documents in the weeks since the committee’s original request.

He said that he is “prepared to permit” HHS counsel to participate in witness interviews and asked that the department responds by Oct. 26 whether it will comply with the interview and document requests.

“Withholding responsive documents and blocking key testimony are tactics of obstruction, not accommodation, especially in light of the Department’s failure to respond in full to at least six other requests from the Select Subcommittee since June 2020. If HHS has collected responsive documents, they should be produced at once — not withheld as leverage to delay transcribed interviews,” Clyburn wrote.

Current and former CDC officials told The Hill last month that morale has sunk over the Trump administration’s handling of the COVID-19 pandemic — which has to date resulted in the deaths of 222,000 people in the U.S. — and its attempts to downplay the severity of the virus.

“I have never seen morale this low. It’s just, people are beaten down. People are beaten down partially by a public who not only distrusts us but who actually think we want to infringe on their civil liberties,” one current CDC employee said at the time. “The other factor is the active undermining by senior members of our own administration.”