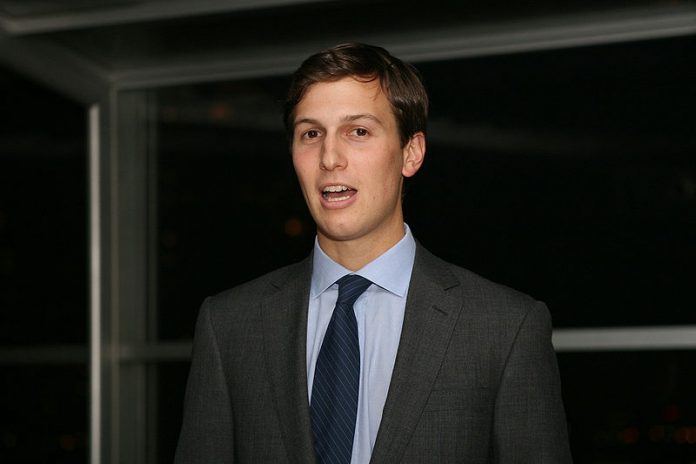 Senior White House aide Jared Kushner has told others he’s approached US President Donald Trump his father-in-law, about conceding defeat in the presidential election as the incumbent shows no signs of giving in, according to unnamed sources quoted by the Associated Press.

Kushner has told the president he should accept the outcome of the race — even if he won’t come to terms with how it was reached.

Joe Biden was widely projected Saturday to defeat Trump after days of closely watched ballot-counting in a number of battleground states, effectively bringing the hotly contested election to an end.

But Trump has dug in his heels, making unsubstantiated claims of voter fraud and the election being stolen from him, and vowing to take his fight to the courts.

Quoting unnamed people familiar with the matter, CNN said Trump has pushed aides to pursue legal challenges against the Biden victory and has instructed his adult children to support his claims by publicly casting doubt on the validity of the election results.

The network also reported a split among the president’s advisers with some pushing for a combative approach and others believing it would be futile, with the race having too clearly gone in his opponent’s favor.

Trump’s children have echoed their father’s combative tone, with Donald Trump Jr. tweeting Thursday: “The total lack of action from virtually all of the ‘2024 GOP hopefuls’ is pretty amazing. They have a perfect platform to show that they’re willing & able to fight but they will cower to the media mob instead. Don’t worry @realDonaldTrump will fight & they can watch as usual!”

Trump’s son Eric also chimed in with a tweet featuring a graphic about voter fraud and calling upon Republicans to “Fight against this fraud. Our voters will never forget you if your [sic] sheep!”

There are many in Trump’s inner circle egging him on, including his personal attorney, Rudy Giuliani. The former New York mayor has been promising to provide the president with evidence of voter fraud but has produced little, including during a press conference he held Saturday in the parking lot of a small Philadelphia landscaping company next to an adult bookstore.

Other political allies and White House officials, however, have pressed Trump to change his tone and commit to a smooth transition. They’ve emphasized to him that history will be a harsh judge of any action he takes that is seen as undermining his successor. And they have advised him to deliver a speech in the coming week pledging to support the transition.

Trump tweeted Saturday: “The observers were not allowed into the counting rooms. I won the election, got 71,000,000 legal votes. Bad things happened which our observers were not allowed to see. Never happened before. Millions of mail-in ballots were sent to people who never asked for them!” Trump said in an all-caps tweet that was flagged by Twitter for possibly false information.

South Carolina Senator Lindsey Graham also voiced support for Trump’s projected legal battle when he announced Thursday he would donate $500,000 to Trump’s legal fees to fight “the allegations of wrongdoing,” which he called “earth-shattering.”

However, a number of Republicans have said publicly that Trump should refrain from making accusations of election fraud without evidence.

Former New Jersey governor Chris Christie said Thursday of Trump’s claims that “this kind of thing, all it does is inflame without informing. And we cannot permit inflammation without information.”

Sen. Pat Toomey of Pennsylvania said Friday that “there’s simply no evidence anyone has shown me of any widespread corruption or fraud” to support Trump’s claims. He called the comments “very disturbing.”

Utah Senator Mitt Romney was the first GOP Senator to congratulate Biden on his victory Saturday, indicating he also would not support Trump’s claims of election fraud.

“Ann and I extend our congratulations to President-elect Joe Biden and Vice President-elect Kamala Harris. We know both of them as people of goodwill and admirable character. We pray that God may bless them in the days and years ahead,” Romeny said on Twitter.

At Fox News, where prime-time hosts wield enormous influence over Trump, Laura Ingraham gave voice to the president’s belief that the election had been unfair, while also pleading with him to keep his legacy in mind — and preserve his status as a GOP kingmaker — by gracefully leaving office.

“If and when it’s time to accept an unfavorable outcome in this election, and we hope it never comes, President Trump needs to do it with the same grace and composure that he demonstrated at that town hall with Savannah Guthrie,” she said Thursday. “President Trump’s legacy will only become more significant if he focuses on moving the country forward.”

Trump’s advisers have said they do not believe Trump will try to block President-elect Biden from taking office, and that pressure will begin to mount on his allies and family for him to deliver a formal concession speech, according to the New York Times.

That the peaceful transfer of power was even in doubt reflected the norm-shattering habits of the now-lame duck president, who even in victory never admitted that he had lost the popular vote in 2016.

Most aides believed the president would take the weekend to decide on a plan, which will most certainly involve more legal action. But some aides believe the legal skirmishes are more about putting up the appearance of a fight than producing results.

There were some indications Trump was moving in a less contentious direction, even as he continued to angrily complain to aides, reviving old grievances about the Russia investigation that began under his predecessor Barack Obama,

In a statement Friday, Trump suggested he would avail himself of every avenue under the law to challenge the election’s result. Allies interpreted it as a begrudging acknowledgment of the likely outcome.

“We will pursue this process through every aspect of the law to guarantee that the American people have confidence in our government,” Trump said in the statement. “I will never give up fighting for you and our nation.”

On Saturday, the White House released a terse statement saying the president “will accept the results of a free and fair election” and that the administration “is following all statutory requirements.”

Still, there were concerns that Trump’s rhetoric would inflame tensions in a nation that was already bitterly divided before the election. Isolated scuffles were reported near tabulation centers in Philadelphia and Phoenix.

Pro-Trump protesters — some of them openly carrying rifles and handguns — rallied outside tallying facilities in a few cities around the country Friday, responding to Trump’s accusations that the Democrats were trying to steal the White House.

Trump’s campaign and the Republican National Committee have bombarded supporters with impassioned pleas for cash, raking in tens of millions of dollars since Tuesday, according to people familiar with the matter. Some of the money was earmarked to retire campaign debt, but the rest could be used to keep up an aggressive public campaign to continue to undermine faith in the election outcome.

The Biden campaign made clear its patience had limits.

“As we said on July 19, the American people will decide this election,” Biden spokesman Andrew Bates said Friday. “And the United States government is perfectly capable of escorting trespassers out of the White House.”

Trump, whose prolific Twitter account seems to provide an apt entry for any occasion, offered this advice in 2016: “Vladimir Putin said today about Hillary and Dems: “In my opinion, it is humiliating. One must be able to lose with dignity,” So true!”