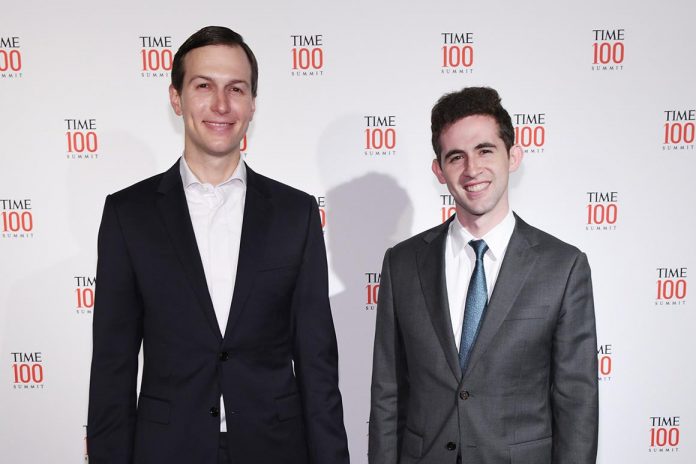 Former White House senior adviser Jared Kushner and his deputy, Avi Berkowitz, were nominated on Sunday for the Nobel Peace Prize for their work on Middle East peace.

The pair were recognized for four normalization deals between Israel and Arab nations known as the ‘Abraham Accords.’

They were nominated by lawyer Alan Dershowitz, who was eligible to do so in his capacity as a professor emeritus of Harvard Law School.

Kushner, who is Trump’s son-in-law, and Berkowitz, who was the Middle East envoy, were key figures in negotiating deals between Israel and the United Arab Emirates, Bahrain, Sudan, and Morocco.

The deals were announced in a four-month span between mid-August and mid-December and were the most significant diplomatic breakthroughs in the Middle East in 25 years as the region girds for a prolonged confrontation with Iran.

Kushner said in a statement he was honored to be nominated for the prize.

President Joe Biden’s administration is expected to review all national security deals reached during the Trump administration, including arms packages for the United Arab Emirates and Saudi Arabia.

There have been some complaints from lawmakers about the Morocco deal because to get Morocco to agree to it, the United States recognized Morocco’s sovereignty over the disputed Western Sahara region.

Trump left office on January 20 under a cloud of controversy, potentially impacting whether the pair of aides would be awarded the Nobel.

There are few barriers to being nominated for a Nobel Peace Prize: actually winning is a far tougher challenge.

Any member of parliament of government or university professor, plus directors of foreign policy institutes, past recipients of a Nobel Prize, and members of the Norwegian Nobel Committee can nominate a person or organization.

The nominations require no invitation and as long they are entered before February 1 of the qualifying year, they will be accepted.

Alan Dershowitz, who served as Trump’s legal counsel during his first impeachment, nominated Kushner and Berkowitz for the annual prize

Last year 318 nominations were made, and the prize was won by the World Food Program.

Trump was nominated in 2018 and again this year – both times by far-Right Norwegian politician Christian Tybring-Gjedde.

The award’s most famous recipients include Martin Luther King Jr, Nelson Mandela, and Mother Teresa, but the broad criteria for nominations mean that past nominees have included some controversial selections.

Adolf Hitler was nominated for the peace prize in 1939 by a member of the Swedish parliament. Reportedly submitted in satire, the nomination was withdrawn soon after.

A few years later, the Soviet leader Josef Stalin was nominated for the same award, twice: once in 1945, for his efforts ending World War Two, and again in 1948.

After nominations are submitted, the recipient is selected by a five-person Nobel Committee, which is appointed by the Norwegian Parliament.

The winner of the 2021 prize will not be announced until October.