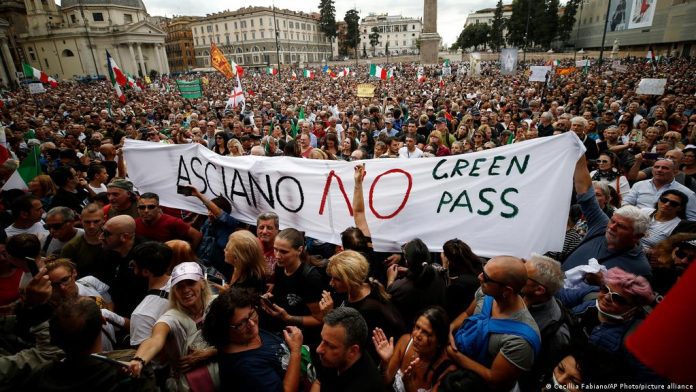 A sharp rise in the number of children being pulled out of public schools in Italy and placed in unofficial teaching facilities could be linked to the country’s latest Covid-19 measures, local authorities have warned.

From obligatory facemasks for students as young as six to the likelihood of compulsory vaccinations by next month for pupils aged between five and 11, the Italian government’s stringent coronavirus restrictions have led some parents to bypass the rules.

“It’s clear to us that these parents are sending a message in regard to the current situation, that they are not on board with the [Covid] security measures acquired by the schools,” said the head of German-speaking schools of Bolzano province, in South Tyrol, Sigrun Falkensteiner. 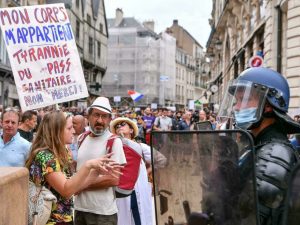 Most students in Bolzano province left school within the first month of the 2021 academic year when it was made clear to parents and guardians that anti-covid measures would be imposed on schools.

The number of students removed from German-language schools in South Tyrol jumped from 130 in 2020 to 575 in 2021, while across the country the ministry of education estimates that 15,361 pupils were removed from public schooling in 2020, compared to just 5,126 in 2019.

The phenomenon is reportedly concentrated in Italy’s northern areas, where the number of vaccinated citizens has been stagnant for months.

Parents are not openly identifying as anti-vaxxers or anti-maskers, explained Daniela 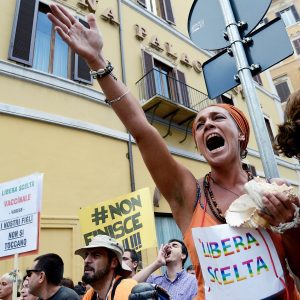 Holler, a lawyer and guarantor for childhood and adolescence in the city of Bolzano; however, “we suspect that it’s related to the coronavirus containment measures”.

Home-schooling is not uncommon in Bolzano and neighboring areas, where parents are permitted to manage their children’s education so long as they have the technical and financial capacity to do so. But reports of children being taught in open spaces, including the woods, as well as precarious buildings, have sparked concern.

“These are not public or state-recognized private schools, they are mostly parental organizations,” said Holler. “ The parents’ right to educate their children themselves has to be carefully balanced with the child’s right to the best and most well-rounded education possible, as well as the right to socialization, participation, and protection.”

In a move that further stoked public anger, medical director of the Galeazzi hospital in Milan Fabrizio Pregliasco told local media on Tuesday that excluding unvaccinated children from attending schools could become a necessity.

And as winter sets in and Italy finds itself in the midst of a fourth wave of the virus, the government has issued warnings that coronavirus cases among under-19s are on the rise.

But in a country where widespread protests broke out in August when the government announced its plan to vaccinate 12- to 19-year-olds, further anger is likely to ensue if and when younger children are required to be inoculated.