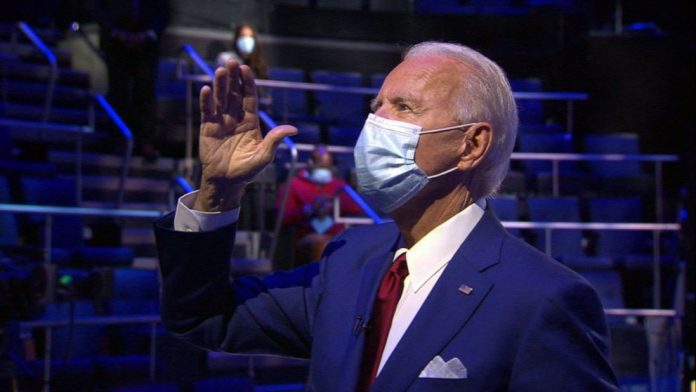 President Joe Biden will answer questions at a CNN town hall in Milwaukee on Tuesday night, February 16, 2021, less than a month after taking office.

The “CNN Presidential Town Hall with Joe Biden” will be moderated by Anderson Cooper and will air live at 9 p.m. ET.

The town hall comes as the Biden administration continues its push to vaccinate every American, contain the coronavirus pandemic, jump-start a troubled economy, and reopen schools.

With the conclusion of former President Donald Trump’s second impeachment trial, the Democratic-controlled Senate can now turn to working on Biden’s $1.9 trillion Covid-19 relief package and confirming the rest of Biden’s Cabinet nominees.

Senators on Saturday voted that Trump was not guilty of inciting the deadly January 6 riot at the US Capitol, but the verdict still amounted to a bipartisan rebuke of the former President, with seven Republicans finding him guilty.

Here’s what you need to know about Biden’s town hall:

How can I watch it?

The town hall will air live on CNN, CNN en Español and CNN International, with access to the live stream on CNN.com’s homepage and across mobile devices via CNN’s apps for iOS and Android, and simulcast on SiriusXM Channels 116, 454, and 795.

The town hall can also be viewed on CNNgo (at CNN.com/go on your desktop, smartphone, and iPad, and via CNNgo apps for Apple TV, Amazon Fire, Android TV, Chromecast, Roku, and Samsung Smart TV). The special will be available on-demand to subscribers via cable/satellite systems, CNNgo platforms, and CNN mobile apps.

Where is the town hall taking place?
The Pabst Theater in Milwaukee, Wisconsin.

Will there be a live audience?

There will be an invitation-only, socially distanced audience at the town hall and CNN will follow Wisconsin’s guidance and regulations to ensure a safe event, a CNN spokesperson said.