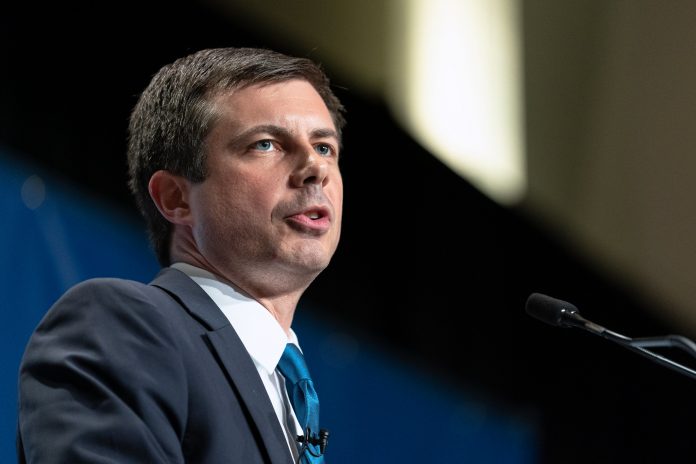 In his memoir “Shortest Way Home: One Mayor’s Challenge and a Model For America’s Future,” Democratic Presidential candidate Mayor Pete Buttigieg wrote, “A mayor can’t do much when it comes to immigration policy.”

The two-term mayor of South Bend found ways to help undocumented immigrants and their families in the era of Trump, who has made one of his primary issues deportation of undocumented individuals. South Bend has a rapidly growing population of immigrants, in particular on the West Side.

Buttigieg partnered with several local organizations which were nonprofit and instituted a program called “Community Resident Card.” The program’s purpose was to help undocumented residents of South Bend fill prescriptions and open bank accounts. They also had events entitled “Know Your Rights” aimed primarily for the Latino community of South Bend to help prepare them for ICE raids.

La Casa de Amistad’s executive director Sam Centellas stated: “We, along with several other community organizations, lead a process of coming up with our local response plan to the rumor of, or actual ICE raid in our area.”

Along with representatives from the mayor’s office, La Casa de Amistad set up a roster of individuals to be contacted in the event an ICE raid happened. Centellas also asked for advice regarding the best way to communicate.

Buttigieg’s mayoral office deputy chief of staff and policy director Genevieve Miller said the effort was a collaboration with several different community groups “to identify community members who can be contacted if there is an immigration event.”

Buttigieg wrote in his memoir that the group was composed of members from local nonprofit organizations, local faith-based organizations, lawyers, and community leaders who volunteered. He felt it was essential to do so as a result of the “first scare of the Trump era.”

In July 2019 rumors began to circulate through the West Side that immigration raids were impending. Consequently, several businesses did not open for days, and families hid in a local church.

The policy proposes a new designation for a visa which would target the counties which have lost populations which have prime working-age residents. It stated: “Immigrants can and should be essential players in the growth of our economy, and it’s time we start recognizing that when we expand our lawful immigration system, everyone benefits.”

If a person worked and were a resident for three years in such a community, visa holders would be fast-tracked for a green card. It would also permit spoused and children to be admitted: “to preserve family integrity and foster community integration.”

On August 9, Buttigieg released his rural health plan which had a plan which would expand a waiver program which would permit foreign doctors who trained in the United States to work in underserved and rural areas instead of on having to return to their country of origin for two years which is the current policy.

Buttigieg has not released a comprehensive immigration plan yet. The immigration proposals he has released are an extension of the policy he has placed in South Bend which welcomes immigrants as a key to increase the city’s economic growth.

Marisol Samayoa, Buttigieg’s campaign deputy national press secretary told The Daily Beast “Pete is proud of the strong immigrant community in South Bend, which has helped the city grow, contributed to the economy, and enriched the city’s social fabric.

Continuing she added: “Pete has worked to adopt policies that help immigrants feel welcome in South Bend, creating a phone tree in case of immigration raids, and helping jumpstart initiatives like the Municipal ID program so that immigrants in South Bend can live without fear.”

Adding: “Immigrants contribute to communities around the country, which is why, at this critical moment in our nation’s history as Washington continues to fail us, Pete will continue to push for real solutions to our broken immigration system.”

In a CNN town hall in April Buttigieg said: “I guess the president thinks America’s full. We’re not. I would be delighted to have more people. We’ve got plenty of room for more residents and taxpayers who want to fund the snowplowing and the firefighters that I gotta have for 130,000 peoples’ worth of city, with only 100,000 people to pay for it.”

South Bend is not permitted under state law to be a “sanctuary city.” Buttigieg describes the cities policy as “welcoming to immigrants” and states that South Bend law enforcement will not help enforce federal immigration law, which he likened to “conscription.”

The most innovative immigration policy Buttigieg enacted was the creation if an identity card program in coordination with La Casa de Amistad. The program which was dubbed “SB ID” has the intention to assist South Bend resident who could not obtain a passport, drivers license or had difficulty accessing critical services.

La Casa de Amistad helps to distribute the IDs Buttigieg signed an executive order which enforces that the ID’s are recognized by police, libraries, and schools, Local pharmacies, and banks also recognize SB ID and permit those without proper identification to open a bank account, obtain financial statements and pick up medications.

La Casa de Amistad is a private organization. Thus, the identities of their clients can not be obtained by requests for public records, which is of comfort to those who worry that their immigration status would be made public.

This has not stopped anti-immigrant groups from trying to gain access to that information. Last week, Judicial Watch, a conservative legal organization announced they would be filing an Access to Public Records Act (APRA) lawsuit against South Bend to obtain all records from the office of Buttigieg related to the program.

Tom Fitton, Judicial Watch’s President, stated: “Mayor Buttigieg’s city administration in South Bend is in cover-up mode on his work for special ID cards to make it easier for illegal aliens to stay in the United States contrary to law. Judicial Watch made simple open records requests and have faced nothing but games from the Buttigieg administration—which is why we had to sue.”

Buttigieg’s mayoral office and campaign have not tried to stop the lawsuit saying that the records do not exist.

Samayoa called the timing of the lawsuit ridiculous and that it was a “clear attempt to scare the undocumented community.”

Adding: “After a domestic terrorist drove to El Paso to kill Latinos, this right-wing group is continuing the GOP’s fearmongering that inspired this attack in El Paso. It’s an attempt to deter cities from standing up for immigrants.”

Buttigieg at the Iowa State Fair on August 13 said: “Very rural, very conservative areas are much more open on immigration when they personally know immigrants. People have been told that immigration is the problem. I think it does change the way we look at things versus when it’s kind of all this fear of the unknown.”