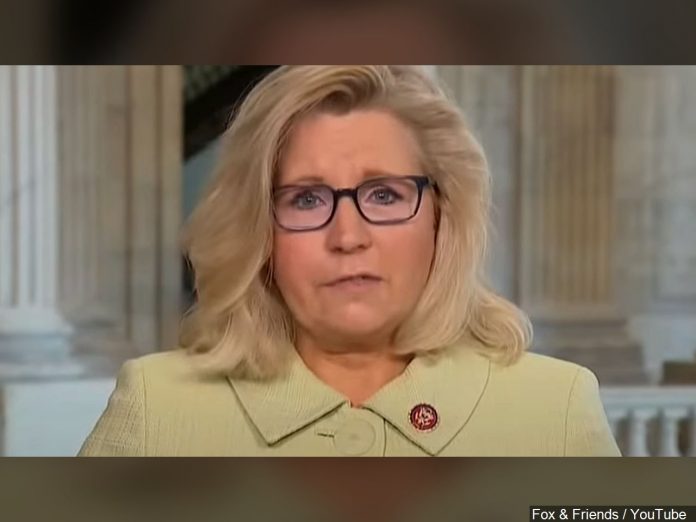 The head of the House Freedom Caucus is calling for Rep. Liz Cheney to resign her leadership role in the Republican Party after she publicly backed the impeachment of President Trump over the Capitol riots.

Rep. Andy Biggs (R-Ariz.) is circulating a petition among the 44-person conservative bloc calling on Cheney to resign as chair of the House Republican Conference.

A copy of the petition, reviewed by The Post, says, “Cheney’s condemnation of President Trump and her support for President Trump’s impeachment has been used multiple times by Democrats as justification for a truncated impeachment process that denies the President due process.”

The petition also says that her “personal position on issues does not reflect that of the majority of the Republican Conference and has brought the Conference into disrepute and produced discord.”

Cheney is the third-ranking House Republican. She is the daughter of former Vice President Dick Cheney and her hawkish views on foreign policy and national security are opposed by some Republicans, including Trump and some members of the caucus.

She’s out there advocating for others to join her in impeachment — that is wrong, and I think she should resign,” he said, insisting he was “not alone in that sentiment.”

Cheney (R-Wyo.) said Tuesday that the Capitol riots were Trump’s “doing,” said the president “summoned this mob, assembled the mob, and lit the flame of this attack.”

At least three other Republicans — Reps. John Katko of New York, Adam Kinzinger of Illinois, and Jamie Herrera Beutler (R-Wash.) — say they will vote to impeach Trump. Others support a proposed censure that also would ban Trump from holding office again.

Biggs, however, stressed to Fox News that the rioters were “solely to blame for their violent actions” — and that the push to blame Trump was “a continuation of a years-long effort to undermine and overthrow the 45th President of the United States.”

Of the impeachment push by Democrats, he said, “Their partisan and spiteful actions are shameful, serving only to tear our nation further apart and shatter our Constitution.”

He told Fox that much of the reaction since the siege is an alarming result of “cancel culture.”

“If you really want to bring unity and cool down the simmering embers that are burning right now, you don’t pour more gas on the fire,” he said.

He wrote on Twitter that “no matter what happens this next week, President Trump’s America First agenda and movement will prosper.”

“The radical left will not be able to stop what the president started,” Biggs wrote. 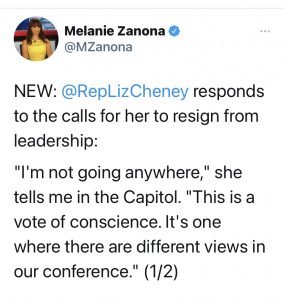 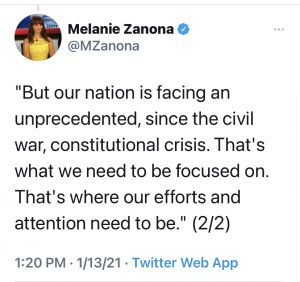