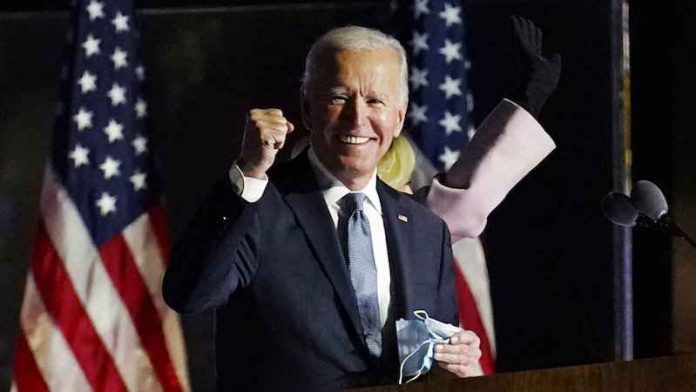 Young Americans are more optimistic about the future and far more approving of U.S. leadership under President Biden than during ex-president Donald Trump’s tenure, according to a new Harvard Youth Poll released on Friday, April 23, 2021.

Biden has hit the highest favorability rating — 63 percent — among college students who are registered voters of any president in the youth poll’s 21-year history, according to the poll.

Sitting at an overall 59 percent approval rating with those surveyed, Biden’s popularity among young voters also marks a dramatic U-turn for the 78-year-old president: at this time last year, only 34 percent of all young adults viewed Biden favorably, per the spring 2020 Harvard Youth Poll. Read the full results here.

And for all of the caricatures of young Americans, the poll found that young people are open-minded, more likely to be politically engaged than they were a decade ago and favor big government solutions to problems. 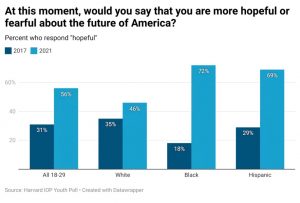