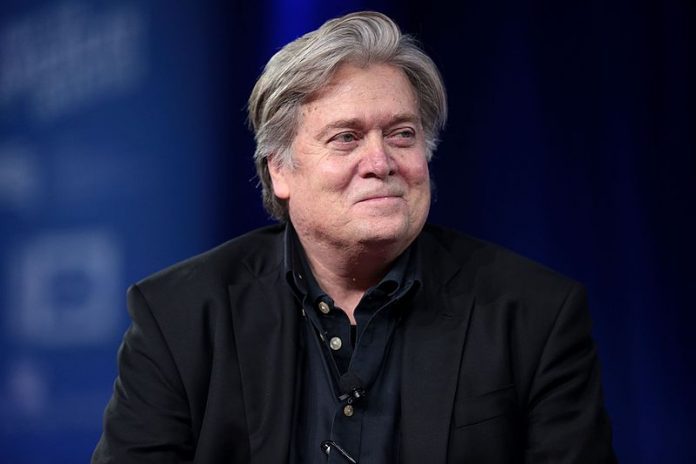 NOTE: Google, eight hours after Rudy Giuliani made false claims of election fraud in a live-stream on Steve Bannon’s “War Room” YouTube channel, took down the video and permanently banned the channel and another Bannon channel.

Two days after the deadly insurrection at the U.S. Capitol driven by false claims the presidential election was rigged, Google’s video-streaming platform YouTube hosted a video in which President Donald Trump’s lawyer Rudy Giuliani alleged the election was stolen.

Giuliani’s claims came Friday during a live-stream broadcast of former White House chief strategist Steve Bannon’s “War Room” program, which has more than 330,000 subscribers. Shortly after referring to “the stealing of the election,” Giuliani said of Trump supporters who gathered Wednesday to protest the election results at the Capitol building, “They keep being told you can’t say there was a fraud. They know there was fraud.”

YouTube on Thursday had said on Twitter that over the previous month it had removed “thousands of videos which spread misinformation claiming widespread voter fraud changed the result of the 2020 election, including several videos President Trump posted to his channel.” The company added that as of Thursday, any YouTube channel “posting new videos with false claims in violation of our policies” would receive a “strike,” which triggers a temporary suspension from posting or streaming. “Channels that receive three strikes in the same 90-day period will be permanently removed from YouTube,” the company tweeted.

Google did not immediately answer questions about why the video, streamed at 8 a.m., was allowed to stay up. As of 2:30 p.m. Friday, it remained on YouTube and had been viewed more than 130,000 times. In response to questions from this news organization Friday morning at 11 a.m., a Google spokesman asked for a link to the video and for a timestamp of when in the broadcast the claims occurred. At 4:20 p.m. Friday, Google told this news organization it had permanently banned Bannon’s “War Room” channel and another Bannon channel called “Trump at War – A Film by Stephen K. Bannon” for violating its three-strikes rule.

Google said that in November it removed a video from Bannon’s channel for making threats against a person. Bannon in November had called for the beheading of Dr. Anthony Fauci and FBI director Christopher Wray. After that video was taken down, the channel received a strike, Google said. On Friday, it removed two more videos, adding up to three strikes, the company said.

The Washington, D.C. protest, fueled by false claims spread by Trump and others that the presidential election was rigged, was followed by a storming of police barricades and invasion of the seat of the U.S. government that led to the deaths of five people, including Capitol Police officer Brian Sicknick, killed by a blow from a fire extinguisher to the head.

After the violence in the Capitol by Trump supporters — following a tweeted invitation by the President to “be there, will be wild!”
— Facebook and Instagram blocked Trump from posting at least until he leaves office on Jan. 20. Twitter, the President’s favored method of communicating with the public, imposed a 12-hour ban and Trump returned to the platform Thursday. YouTube and Facebook removed a video of Trump discussing the insurrection and calling the participants “very special.”