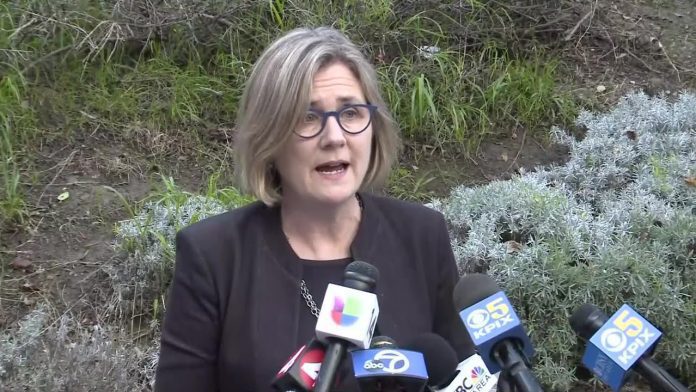 A person who died at home in Santa Clara County on Feb. 6, 2020, was infected with the coronavirus at the time of death, a stunning discovery that makes that individual the first recorded COVID-19 fatality in the United States, according to autopsy results released by public health officials late Tuesday, April 21.

Santa Clara County on Tuesday announced three previously unidentified deaths from the coronavirus: the Feb. 6 case; one on Feb. 17, which also predates the death that was earlier believed to be the first; and one on March 6. Initially, the first death in the county had been reported on March 9.

“From what we understand, neither of the cases had a history of travel,” Cody said. “So we assume that they were acquired locally.”

People typically die of COVID-19 about a month after they are infected with the coronavirus, suggesting that the person who died Feb. 6 likely was infected in early January. At that time, the virus had been reported only in China — the U.S. Centers for Disease Control and Prevention had not yet issued any advisories to Americans about the potential threat.

Santa Clara County officials said in a statement that the medical examiner-coroner had performed autopsies on two people who died at home on Feb. 6 and Feb. 17 and sent tissue samples to the CDC. The CDC confirmed that both samples were positive for the coronavirus on Tuesday.

The county also confirmed a resident who died March 6 had died from COVID-19.

All three residents died at home “during a time when very limited testing was available only through the CDC,” the county statement said.

“Testing criteria set by the CDC at the time-restricted testing to only individuals with a known travel history and who sought medical care for specific symptoms,” the statement said. “As the medical examiner-coroner continues to carefully investigate deaths throughout the county, we anticipate additional deaths from COVID-19 will be identified.”

As of Tuesday, Santa Clara County had reported 1,946 confirmed cases of the coronavirus and 88 deaths.

John Swartzberg, an infectious disease expert at UC Berkeley, said Tuesday night that he was impressed that Santa Clara County had thought to look at earlier deaths and determine if they could be attributed to the coronavirus.
“I’d like to better understand when this virus got here,” he said. “I’m delighted to hear they’re being aggressive and trying to get a better understanding.”

He added that he was not surprised to learn of the earlier deaths. Experts have suspected for weeks now that the virus likely entered the United States in December, or even earlier.

The first case in the United States was identified on Jan. 21, in a man in Seattle who had recently returned from China. The earliest cases in the Bay Area were also in recent travelers. At the time, only people with similar travel histories were tested, or people with whom they came into close contact.

“Jan. 21 was the first time we identified it here. But we know there were cases in China in December,” Swartzberg said. “As a matter of fact, it may have been circulating there as early as September.” And with so much travel between China and the Bay Area, “why would it surprise us if it were here?” he said.

Many of the earliest cases were likely overlooked, Swartzberg and other infectious disease experts have said. The first outbreak of new viral infection in China was only reported in late December. The virus itself wasn’t identified until early January. And for weeks, it was considered largely contained there — no one was looking for it in the U.S.

Also, in January the United States was in the middle of the typical influenza season, so death in someone with symptoms similar to the flu wouldn’t have provoked investigation in January, Swartzberg said. In fact, public health experts have surmised that many early deaths from COVID-19 were attributed to the flu instead.

“It was influenza season,” Swartzberg said. “Everyone thought it was the flu.”