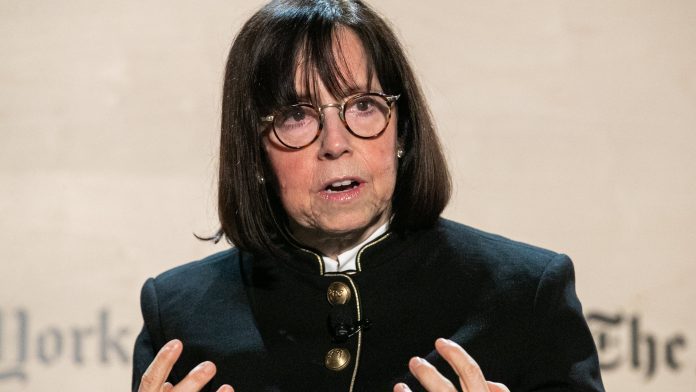 An executive at the US TV network which will broadcast Harry and Meghan’s interview was executive producer of a controversial program that screened images of Princess Diana as she lay dying.

Susan Zirinsky worked on CBS’s 48 Hours Investigates in 2004 when it screened two images of an unconscious Diana slumped in the back of a car after the crash in Paris in 1997. The 69-year-old is now head of CBS News, one of the network’s most powerful jobs.

The decision to broadcast the pictures, which had never been shown before out of respect to Diana’s family, provoked outrage.

Prince Harry’s uncle, Earl Spencer, said he was ‘shocked and sickened’ while then Prime Minister Tony Blair branded the pictures ‘distasteful’. Prince Harry has previously spoken of how hard he finds it to come to terms with the behavior of photographers who took pictures of his injured mother.

Known in the newsroom as ‘Z’, Zirinsky is a legendary figure at CBS. Describing herself in 2002, she said: ‘I’m not a girly girl. I’m a hard news harlot at heart.’

Les Moonves, chairman, and chief executive of CBS Corporation, was ousted in 2018 after allegations of sexual assault and harassment against him by six women were made in The New Yorker magazine. He angrily denied the claims.

In January this year, The LA Times detailed allegations of racism and misogyny at CBS’s local stations. Peter Dunn, president of CBS TV stations, and David Friend, senior vice-president of news, were suspended pending the investigation.

Dunn was accused of denigrating Ukee Washington, a black news anchor, as ‘just a jive guy’.

An employee also claimed Dunn questioned whether a job applicant was ‘too gay for Philadelphia’, while another claimed when he refused to extend the contract of a black anchor, he raised ‘bizarre objections’ such as, ‘I hate her face’.

Dunn refused to comment on the allegations in January, while Friend said he had a ‘strong track record’ in hiring women and black and ethnic minority journalists in important roles.