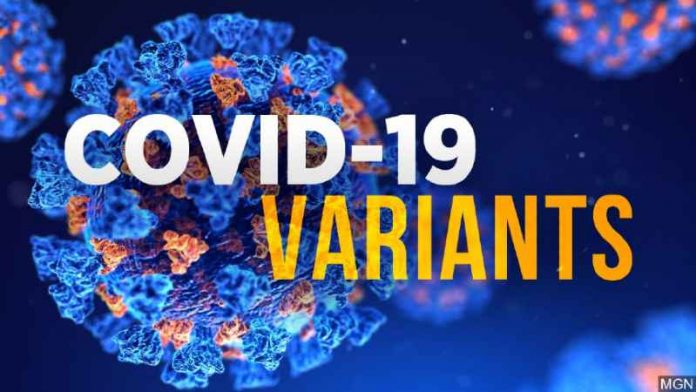 As it’s infected hundreds of millions of people around the globe, the SARS-CoV-2 virus has been in a state of constant change, making small tweaks to its genetic code as it goes along.

New variants have taken over from the virus’s earlier forms — like the highly contagious delta variant that is currently throwing a wrench in our “new normal.” Here, we break down what you need to know about the viral variants sweeping the world.

The coronavirus, like other viruses, spreads by hijacking human cells to make copies of itself. But that process isn’t always perfect: Sometimes, the copied versions of the virus have a few typos in their genetic code.

This means the coronavirus is constantly mutating as it spreads. Not all of those mutations will stick around — but sometimes, a form of the virus with a certain set of mutations starts showing up more often and gets classified as a variant.

Scientists across the world have been keeping tabs on the coronavirus’s genetic fingerprints, and tracking the variants that seem to be spreading quickly.

The World Health Organization keeps a list of some of the most important strains of the virus. “Variants of concern” are the ones getting the most attention: They’re the ones that have been shown to be more contagious, more severe or less responsive to treatments and vaccines.

“Variants of interest” are the potential up-and-comers. They have genetic changes that are linked with more dangerous characteristics, and are spreading enough to suggest an “emerging risk to global public health,” the WHO explains.

As of May, the WHO decided to start naming these important variants after Greek letters — which is why you’re hearing names like “alpha” and “delta” replacing ones like “B.1.1.7” or “the variant first discovered in India.”

Heavy hitters: The variants of concern

Alpha, formerly known as the B.1.1.7 variant, first turned up in the United Kingdom in September.

The variant quickly grew to dominate cases in the U.K. and across Europe, raising alarm bells and fueling new surges in infections. By April, alpha had also become the most common strain in the U.S.

Studies have found that the alpha variant is much more contagious than the original virus — possibly increasing transmission by around 50%. And, according to some scientists, it’s likely also linked with a higher risk of dying.

There are a couple reasons why the alpha variant could be more dangerous. Research suggests that the mutations on its spike protein could help it bind more closely to cells when it infects people, or stick around in the body for longer — giving it more time to transmit to other people.

Labs in Wisconsin have sequenced 3,619 samples of the alpha variant, according to the DHS — the most of any variant of concern.

Beta, or B.1.351, was first detected in South Africa in September.

The variant quickly took over in South Africa, at one point making up nearly all new cases in the country. But it’s since faded into the background, only making up a small percentage of worldwide cases, according to GISAID data.

Beta was first detected in the U.S. in January. No beta variant samples have shown up in the country in recent weeks, the CDC reports.

The CDC estimates that the beta variant is around 50% more contagious than the original form of the virus. And it includes one particular change that scientists are keeping a close eye on: E484K, nicknamed the “Eek” mutation.

The “Eek” mutation affects the spike protein, and appears to help the virus get around the body’s immune defenses — which could help the variant evade vaccines’ protection or reinfect people who have caught COVID-19 before.

In fact, the beta variant has proven to be a big challenge for COVID-19 vaccines and a major hitch in South Africa’s rollout.

A study found AstraZeneca’s vaccine did not protect people well against mild or moderate cases caused by the beta variant — just as South Africa was preparing to hand out a million doses of AstraZeneca.

Johnson & Johnson announced in January that the efficacy rate for its shots dropped from 72% in the U.S. to 57% in South Africa. Pfizer and Moderna reported that their mRNA-based vaccines still protected against the variant, but were slightly less effective.

Some monoclonal antibody treatments are also less effective against the variant, according to the CDC.

Wisconsin has sequenced 65 samples of the beta variant, the DHS reports.

The gamma, or P.1, variant was first reported in December, in Japanese travelers who had recently returned from Brazil.

Gamma drove record-breaking surges in Brazil and spread throughout South America. The city of Manaus, Brazil — which was devastated by a first coronavirus surge in spring 2020 — became a cautionary tale, as many residents were reinfected by the new variant after already recovering from COVID-19.

Per GISAID data, the variant still makes up around 90% of cases in Brazil, as well as in Chile — which is facing surges even after quickly vaccinating most of its residents.

The U.S. reported its first gamma case in January, in a traveler who had recently visited Brazil. At its peak in June, the variant made up around 11% of sequenced cases in the U.S., but recent reports have it closer to 3%.

The gamma variant shares a lot of similarities with beta — including the key “Eek” mutation. A study suggested that the variant is 1.7 to 2.4 times as transmissible as the original form of the virus.

Research so far has suggested that vaccines still offer strong protection against the gamma variant, even though they might be slightly less effective.

The DHS reports that Wisconsin has sequenced 321 samples of the gamma variant.

Delta, or B.1.671.2, is the latest — and currently the most concerning — variant of concern. It was first identified in India late last year.

The variant helped add fuel to India’s devastating COVID-19 surges. And it’s quickly come to dominate infections across the world: Countries from the U.K. to Russia, Israel to Kenya, are all seeing most of their cases come from the delta variant, according to GISAID data.

Since it first arrived in the U.S. in March, the delta variant has seen a steep rise. It now accounts for around 83% of new cases in the country, the CDC reports.

Scientists believe delta is the most transmissible variant yet — potentially more than twice as contagious as the original virus — and that it has some ability to get around the body’s immune defenses. “It’s really like the worst of both worlds,” Yale epidemiologist told STAT News.

The variant has sometimes been called a “double mutant” — even though it includes more than just two mutations — because it has a pair of key differences that may make it more dangerous.

The L425R mutation may help the virus bind more closely to human cells. And the E484Q mutation, which looks a lot like the “Eek” mutation, could help it evade the immune response.

With delta dominating, infections have started to spike again across the U.S. and around the world.

Studies have found that Pfizer and Moderna vaccines still provide a strong level of protection against the delta variant, even though it’s a slightly lower level than against the original virus. Having both doses in the series is key, though: The efficacy rate against delta was only around 33% after one Pfizer shot, researchers found.

One preprint study found that the Johnson & Johnson shots were a lot less effective against the variant — though J&J’s own studies still reported a good level of protection.

“The delta variant is showing every day its willingness to outsmart us and to be an opportunist in areas where we have not shown a fortified response against it,” CDC Director Rochelle Walensky said at a briefing this week.

Wisconsin has reported 164 samples of the delta variant so far.

Keeping tabs: The variants of interest

The eta variant, or B.1.525, was first detected in Nigeria and the U.K. in December.

Eta does include the concerning “Eek” mutation, as well as some other concerning changes on the spike protein. But it’s only making up a tiny proportion of cases across the country and the world.

The iota variant, also known as B.1.526, was first identified in the U.S. in November.

Iota spread rapidly in New York City early in the year, making up more than a quarter of sequences in the city by February. The variant comes in two forms: One with the “Eek” mutation, and one with another key mutation that may help it latch onto cells more tightly.

It’s declined since then, making up a little under 1% of U.S. cases in recent weeks, according to CDC data.

It’s closely related to the dangerous delta variant, and also appears to be able to evade some of the body’s immune defenses. Kappa spurred infections in India and also triggered lockdowns when it reached Australia — but recently, kappa’s spread has been dwarfed by the rise of its cousin, the delta variant.

And the lambda variant, or C.37, first showed up in Peru in December.

It’s spread to a few different countries — especially in Latin America — and shown up in several U.S. states in recent months. And it shares some of the mutations that make variants of concern more dangerous.

Still, lambda hasn’t made too much of a dent yet: It represents a very small share of cases in the U.S., and generally has spread more slowly than other variants like delta.

The rise of delta and the uptick in new COVID-19 infections are raising alarms for health experts across the country — especially as more than 30% of adults in the U.S. have yet to get even their first vaccine dose.

“What we know is this variant is extremely infectious, and it will spread even more quickly than any form of COVID we have seen to date,” DHS Deputy Secretary Julie Willems Van Dijk said at a briefing. “And it will spread most effectively to those who are not vaccinated.”

Officials emphasized that getting vaccinated is the best defense against the virus, even as it mutates. None of the variants so far seem to be true “escape mutants” — ones that can completely get around the vaccines’ protection — state epidemiologist Ryan Westergaard said at a briefing.

But it’s possible that a more dangerous variant could emerge as the virus keeps spreading. When it comes to the variants’ evolution, it’s “survival of the fittest,” he explained.

Stopping that process in its tracks means stopping the spread of COVID-19 infections.

“It’s more important than ever to get vaccinated now to stop the chain of infection, the chain of mutations that could lead to a more dangerous variant,” Walensky said at a briefing.