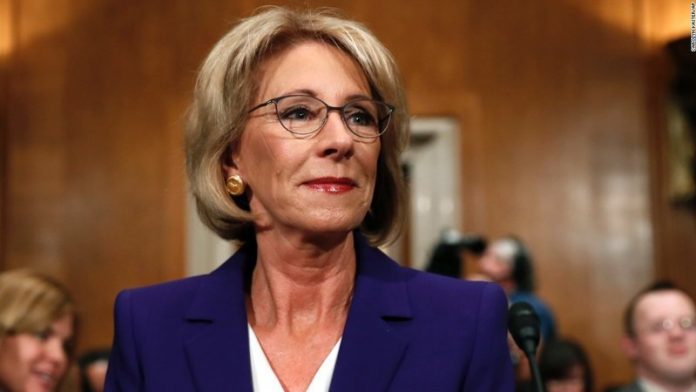 Education Secretary Betsy DeVos has submitted her resignation, making her the second Cabinet member to resign over President Donald Trump’s response to the mob breaching the US Capitol on Wednesday, according to an official.

Transportation Secretary Elaine Chao also resigned after taking “time to absorb” the insurrection on Capitol Hill and the President’s response to it.

“Today, there was a lot of soul-searching and discussion,” a senior administration official said. “It was obviously the right thing to do.”

Chao discussed the matter with her staff and her husband, Senate Majority Leader Mitch McConnell, before deciding by around 11 a.m. Thursday that she would resign, effective Monday.

During her time as education secretary, DeVos has faced a great deal of controversy, much of it stemming from her lack of experience in education. Before Trump tapped her for the position, she had been a major donor to Republican campaigns.

DeVos on Monday sent a letter to Congress as one of her last acts as secretary making a case to expand federal tax dollars going to private schools, a cause DeVos supported long before she became education secretary.