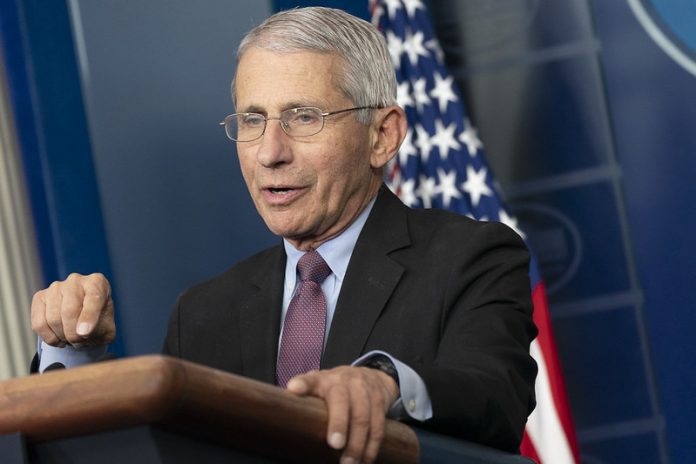 The nonprofit, nonpartisan Partnership for Public Service today announced that Dr. Anthony Fauci of the National Institutes of Health has been named the 2020 Federal Employee of the Year – the top honor of the Samuel J. Heyman Service to America Medals® (Sammies).

Fauci is recognized for his role as the nation’s premier expert and spokesperson on infectious diseases and has led the federal government’s research response to infectious diseases over the course of six administrations. As COVID-19 spread across the nation, Fauci brought more than 50 years of knowledge to his efforts to keep the nation updated on how to navigate the deadly health crisis. In his capacity as director, he also has spearheaded efforts to develop COVID-19 treatments and vaccines.

The prestigious award was presented to Fauci by four of his biggest fans – Abe, Tom, George, and Teddy. In a video released today, the presidential mascots from the Washington Nationals race to deliver the trophy from Nationals Park to Fauci at his home. Watch the video here.

“Dr. Fauci has become a household name for his steady hand and unwavering commitment to his country during the COVID-19 pandemic,” Partnership for Public Service President and CEO Max Stier said. “Dr. Fauci represents the very best of public service, and it is an honor to award him the 2020 Federal Employee of the Year. We thank him for his dedication and for inspiring the next generation of public servants.”

Considered the “Oscars” of government service, the Service to America Medals have earned a reputation as the premier awards program recognizing innovation and leadership in the federal government. Fauci and five other medalists will be honored during a one-hour virtual awards ceremony on Monday, Oct. 5, 2020, at 8:00 p.m. EDT.

As part of the Sammies program, 20 celebrities, journalists and professional athletes will express their appreciation for Fauci’s public service, including Stephen Colbert, Katie Couric, Bryan Cranston, and Sloane Stephens.

The 2020 Sammies winners were selected from more than 350 nominations submitted to the Partnership for Public Service. Of the 27 finalists announced in May 2020, the medalists were chosen by a prestigious selection committee that included leaders from government, business, charitable organizations, academia, entertainment, and media.