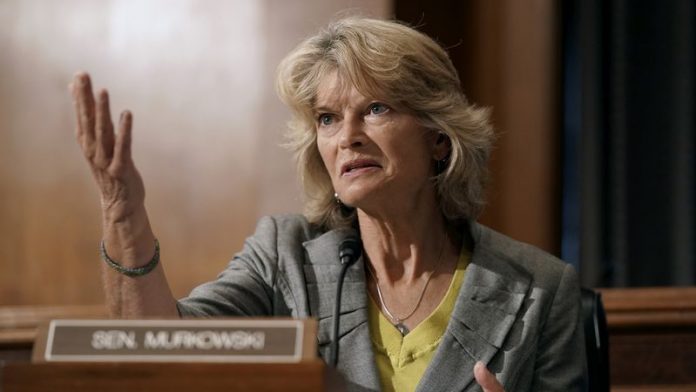 Senator Lisa Murkowski has called on the Republican Party to look to the future and— using similar language as the under-fire GOP Rep. Liz Cheney—said that she has “not embraced the party of Donald Trump.”

The comments by the Alaska senator came as GOP lawmakers who voted for Trump’s impeachment said they did not regret their decision despite the political cost.

Cheney, the No. 3 Republican in the House, has been censured by her state party in Wyoming for being one of the 10 GOP representatives who voted to impeach.

She defended her stance, telling Fox News the party should “not be embracing the former president.”

Meanwhile, Murkowski, who may vote to convict Trump in the Senate trial scheduled to start on Tuesday, told CNN she believed the GOP needed to move towards the future.

“I think we’re in a place where Donald Trump is gone and, in terms of his role in the party, that has yet to be determined. But I have not embraced the party of Donald Trump. I’m looking for the Republican Party,” she said.

Senate Minority Whip John Thune also issued a warning about the hold that the former president had on Republicans, telling the network: “The longer we’re tied to a personality—a cult of personality—I just don’t think that’s a good durable model for the future.”

The GOP representatives who backed the article of impeachment alleging that Trump incited his supporters to storm the Capitol are unrepentant, despite censure and the prospect of primary challenges.

Rep. Jaime Herrera Beutler of Washington state, who said she was prepared to face a primary challenge, told CNN she was “at peace” with her vote because: “When push comes to shove, I’m gonna stand with the Constitution.”

This view was echoed by her fellow Washington representative Dan Newhouse, who replied, “Can I say that’s a dumb question?” when asked by the network if he had had second thoughts.

Freshman Rep. Peter Meijer of Michigan, who has previously expressed his horror at the riots on January 6, said that “not for a second” did he regret voting for impeachment.

South Carolina Rep. Tom Rice said he had asked his staff to provide him with information on the president’s actions on January 6. “I got those materials and studied them. The more I read, the more angry I got,” he told Charleston newspaper The Post and Courier this week.