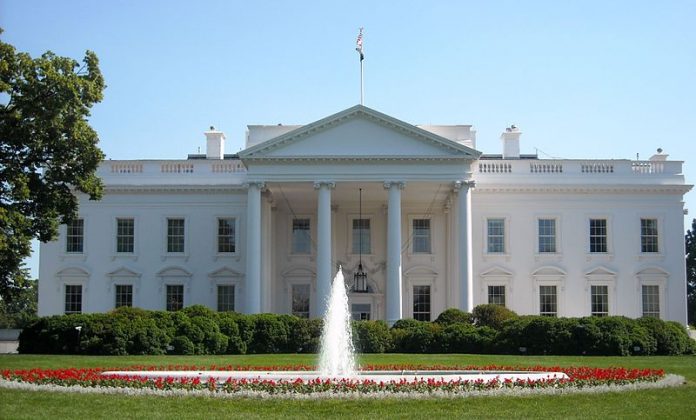 The White House is doubling down on its push to reopen the economy, now openly embracing a herd immunity strategy at the urging of some health experts.

Two senior advisers told media outlets on Monday, October 12, 2020, that the Trump administration supports the Great Barrington Declaration, a controversial document that argues against lockdowns and calls for a reopening of schools, businesses, and other entities while protecting people deemed vulnerable to the virus because of age or other risk factors.

“I think Americans should be cautiously optimistic about what’s going on here,” one of the officials said.

The officials were not authorized to speak on-the-record about the matter, but both defended the decision to move toward a broad-scale reopening, even though at least 5,900 people in the United States died with COVID-19 last week.

The coronavirus has contributed to the deaths of more than 214,000 people in the U.S. since the pandemic began earlier this year.

Experts have argued that approaching “herd immunity”—essentially allowing more people to contract COVID-19 in the hopes that they would quickly recover and create a mass immunity—would likely result in many more deaths and illnesses.

According to the latest projections from the Institute for Health Metrics and Evaluation, the U.S. death toll is on track to reach 392,460 by January 31, with current protections in place. If restrictions are eased, IHME projects that 497,034 Americans will have died by that date, more than 100,000 additional deaths.

World Health Organization director-general Tedros Adhanom Ghebreyesus told reporters during a virtual press briefing on Monday that such an approach would be “unethical.”

“Herd immunity is achieved by protecting people from a virus, not by exposing them to it,” he said.

President Donald Trump has mentioned the idea in the past, mistakenly referring to it as “herd mentality,” and the idea has been pushed by some of the president’s favorite conservative personalities, including Fox News’ Laura Ingraham.

The Great Barrington Document, released last week, was authored by Sunetra Gupta of the University of Oxford, Jay Bhattacharya of Stanford University, and Martin Kulldorff of Harvard University. Thousands of additional scientists have signed onto the open petition, though media outlets have reported some fake names on the list.

“As infectious disease epidemiologists and public health scientists, we have grave concerns about the damaging physical and mental health impacts of the prevailing COVID-19 policies and recommend an approach we call Focused Protection,” the open letter reads. “Current lockdown policies are producing devastating effects on short and long-term public health.”

Trump, who has said that he believes a COVID-19 vaccine will be developed by the end of the year, revealed in the early morning hours of October 2 that he had tested positive for COVID-19. He was briefly hospitalized but the White House physician has since cleared him for public activities. He is scheduled to hold a rally in Florida on Monday, followed by rallies in Pennsylvania on Tuesday and Iowa on Wednesday.

The White House official described the Great Barrington Declaration as focusing on “aggressive protection of the vulnerable, opening all schools, opening businesses in society and ending the prolonged lockdowns.”

“We’ve learned a lot about the virus—this isn’t April,” the official said, defending the push to fully restore business and social activity. “It’s very clear who is high risk and who are not high risk.”

One official noted that thousands of college students have returned to campuses this fall, resulting in several hundred positive cases but few hospitalizations and no known deaths.

The official blamed the high number of cases on colleges mandating testing, even among students who show no COVID-19 symptoms.

“The goal is to make sure that we can do everything we can to protect the high-risk people while understanding that healthy people can get back to work,” the official argued.

The official said the White House would continue to support other public mitigation efforts, including social distancing, aggressive hand-washing and cleaning and mask-wearing, when appropriate.

“The virus is dangerous, but it’s dangerous for a certain subset of the population,” the official added.