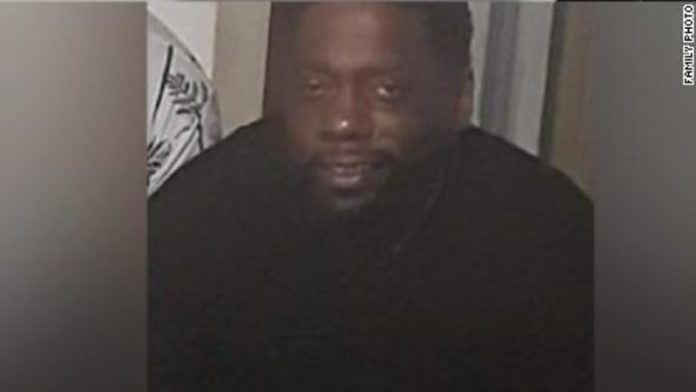 Authorities wouldn’t provide details of the shooting but an eyewitness said that Andrew Brown Jr. was shot while trying to drive away and that deputies fired at him multiple times. The car skidded out of Brown’s yard and eventually hit a tree, said Demetria Williams, who lives on the same street.

Williams said after hearing one gunshot, she ran outside, where she saw other shots being fired at the car.

“When they opened the door he was already dead,” Williams told The Associated Press. “He was slumped over.” She said officers tried to perform chest compressions on him.

A car authorities removed from the scene appeared to have multiple bullet holes and a broken rear windshield.

The Pasquotank County Sheriff’s deputy was placed on leave pending a review by the State Bureau of Investigation, Sheriff Tommy Wooten II said at a news conference. Court records show Brown was 42 years old and had a history of drug charges and a misdemeanor drug possession conviction.

Dozens of people gathered at the scene of the shooting in Elizabeth City, a municipality of about 18,000 people 170 miles (274 km) northeast of Raleigh, where they expressed their anger and rallied around Brown’s family members. A large crowd later stood outside City Hall while the City Council held an emergency meeting, some holding signs proclaiming “Black Lives Matter” and “Stop killing unarmed Black Men.” As the evening wore on, a group gathered in the parking lot of the sheriff’s office, and a crowd that grew to more than 200 blocked traffic on a main thoroughfare of the city, forcing cars to turn around.

“The police didn’t have to shoot my baby,” said Martha McCullen, an aunt of Brown who said she raised him after his parents died. McCullen stood on the stoop of Brown’s rental home, her eyes moist with emotion.

“Andrew Brown was a good person,” she said. “He was about to get his kids back. He was a good father. Now his kids will never see him again.”

Wooten said the deputy shot Brown about 8:30 a.m. The deputy was wearing an active body camera at the time of the shooting, said the sheriff, who declined to identify the officer or say how many shots he fired, citing a pending review by the State Bureau of Investigation. Wooten also did not say what the warrant was for.

Williams, the eyewitness who also was among those demonstrating outside City Hall on Wednesday evening, said Brown, who was known by neighbors as “Drew,” wasn’t a violent person.

“I didn’t believe that (officers) really did that because he wasn’t a threat to them. He was driving off even though he was trying to get away,” Williams said.

During the emergency meeting, Black members of the City Council spoke emotionally about the fears of their community amid multiple police shootings across the country and implored investigators to remain transparent.

“I’m afraid as a Black man,” an emotional Councilman Gabriel Adkins told his colleagues. “I’m afraid that I may be the next one that my family might have to see on the news that I was gunned down.”

Adkins said businesses in the neighborhood of the shooting had begun boarding up their windows in anticipation of violence.

“Not only do we need transparency … we need accountability,” said City Councilman Darius Horton, who called for the immediate release of bodycam footage, the search warrant and a speedy explanation of what led to the shooting. “We need answers. … Let’s not hide behind anything.”

Others councilors urged the community to remain calm until all of the facts about the shooting are known.

Brown’s grandmother, Lydia Brown, and his aunt Clarissa Brown Gibson told The Associated Press that they learned about his death through a TV news report. Both said they want the shooting thoroughly investigated.

“I am very upset. Andrew was a good person,” Lydia Brown said. The deputy “didn’t have to shoot him like that.”

Clarissa Brown Gibson said: “We want to know if he was served with a warrant, why the shooting over a warrant?”

Among those who gathered at the scene of the shooting was Keith Rivers, president of the Pasquotank County chapter of the NAACP.

“When is it going to stop? We just got a verdict yesterday,” Rivers said in a phone interview, referring to the guilty verdicts handed down Tuesday in the trial of former Minneapolis police officer Derek Chauvin in the death of George Floyd. “Is it open season now? At some point, it has to stop. We have to start holding the people in charge accountable.”

The State Bureau of Investigation will turn the findings of its review over to District Attorney Andrew Womble, who pledged a thorough and deliberate inquiry.

“What we are looking for at this time will be accurate answers and not fast answers,” Womble told a news conference. “We’re going to wait for the full and complete investigation … and we’ll review that and make any determinations that we deem appropriate at that time. This will not be a rush to judgment.”

Elizabeth City is located near where the Pasquotank River empties into the Albemarle Sound. It is home to a U.S. Coast Guard air station, Elizabeth City State University and a medical center, all of which support numerous jobs. The city’s population is more than 50% Black and about 40% white, according to the U.S. Census Bureau. Nearly 23% of residents live in poverty. 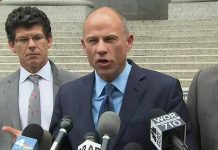 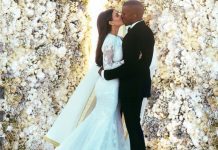 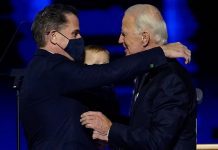 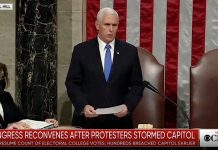