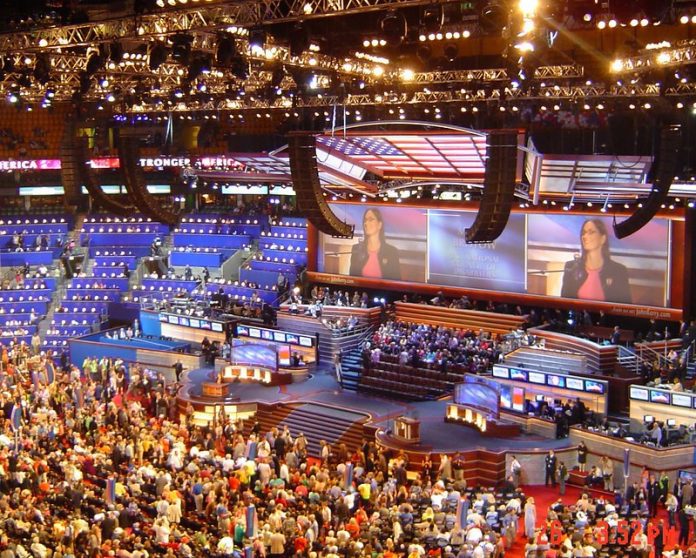 The Democratic National Committee on Thursday postponed its national convention because of the coronavirus, moving it from mid-July to mid-August. The delay is the largest political concession so far to the public health crisis caused by the virus, which has led to the cancellation of hundreds of state and local conventions from both parties.

The convention will still be held in Milwaukee, as planned, the week of Aug. 17, officials said, a week before Republicans plan to gather in Charlotte, N.C., to re-nominate President Trump.

The delay comes just hours after the party’s likely nominee, former Vice President Joseph R. Biden Jr., called for rescheduling the convention during an appearance on “The Tonight Show.”

Even though other major events scheduled for July had been canceled or postponed, Democratic convention planners had hoped to delay a decision on whether to move the convention for several more weeks. Tom Perez, the chairman of the Democratic National Committee, told donors as recently as this week that the party had no plans to change the dates, according to people familiar with the conversations.

But Mr. Biden’s remarks on back-to-back nights expressing concern about a July gathering made it untenable for the party to continue planning one.

On Tuesday he said during an interview with MSNBC that it was “hard to envision” the convention taking place as scheduled. The next day he was more forceful, telling the host of “The Tonight Show,” Jimmy Fallon, “I think it’s going to have to move into August.”

Changing the date of the convention will be a daunting logistical feat, requiring the rebooking of thousands of hotel rooms, among other difficulties. But trying to keep the July dates loomed as more challenging because of the uncertainty the virus cast over the preparations; it typically takes several weeks to set up a venue with a stage and make the other arrangements necessary to hold a convention.

The arena, Milwaukee’s Fiserv Forum, and a nearby convention center are both available the week of Aug. 17, but they are booked the week before with the annual convention of the insurer Northwestern Mutual.

“This is the right decision for the safety of those involved in the convention and for Milwaukee,” said Alex Lasry, a senior official with the Milwaukee Bucks who led the city’s convention bid. “An August convention will provide a much-needed economic boost for Milwaukee and Wisconsin as we come out of this unprecedented time.”

There is no guarantee that the crisis will be over by August, and travel could still be difficult or even dangerous for some. One of Mr. Biden’s strongest constituencies is older Americans, the population most vulnerable to the virus, and the lingering effects of the outbreak could still have an effect on which delegates are able to travel.

While Mr. Biden has a nearly insurmountable delegate lead over Senator Bernie Sanders, his last remaining rival for the Democratic presidential nomination, he cannot take formal control over convention planning until he clinches the nomination or Mr. Sanders drops out of the race.

Democratic officials, including Mr. Perez, had hoped that the party would have a nominee by late April, but with so many states postponing their primaries because of public health concerns about the coronavirus, Mr. Biden cannot clinch the nomination until June at the earliest if Mr. Sanders remains in the race.

Bloomberg: Democrats Delay Convention Until August 17 Because of Virus