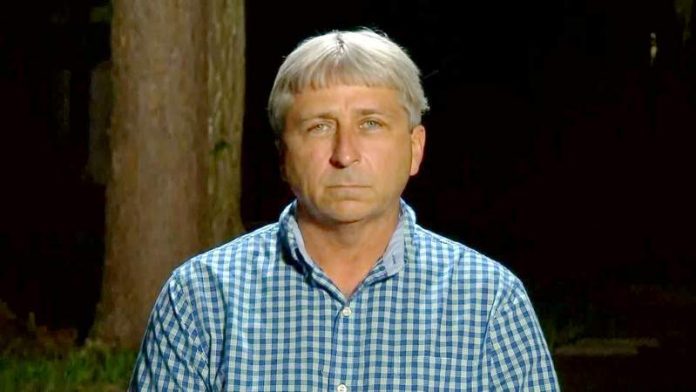 A defense attorney for one of the three White men accused of chasing and killing Black jogger Ahmaud Arbery asked prosecutors for a plea deal and was declined, an attorney for Arbery’s mother.

The district attorney’s office that is prosecuting the case declined to comment about being approached about a plea deal.

Reporters outside the courthouse Friday morning asked Kevin Gough, Bryan’s attorney, whether he asked prosecutors for a plea deal.

“I don’t know what y’all are talking about,” Gough responded as he walked toward the entrance.

Someone then asked: “No plea agreement?”

“You go ask wherever your source is,” Gough responded. “I don’t know what you’re talking about.”

The claim about a plea deal request comes as defense attorneys are expected to begin closing arguments Monday after 10 days of court proceedings and testimony from more than 20 witnesses and investigators. The defense rested its case Thursday, and lawyers and the judge were working in court Friday on what instructions to give to the jury.

The trial has touched on a number of issues of national concern, from the role of race in the criminal justice system to how video evidence can spur action, the limits of self-defense rights and the consequences of using firearms on public streets.

Supporters of Arbery have held prayer vigils and marches outside the courthouse in Brunswick, the seat of Glynn County.

Arbery was jogging through a residential area near Brunswick on February 23, 2020, when the defendants pursued him in their vehicles, culminating in Arbery being shot and killed by one of the men. Defense attorneys have said their clients were trying to conduct a lawful citizen’s arrest of Arbery, whom they suspected of burglary.

Travis McMichael, who fired the deadly shots; his father Gregory McMichael, a former police officer and investigator in the local district attorney’s office; and their neighbor Bryan are charged with malice and felony murder. The men have pleaded not guilty.

Charges were not filed against the defendants for months until a cell phone video from Bryan that showed the shooting emerged, sparking outrage and condemnation over the glacial progress of the case.

The first two prosecutors recused themselves due to conflicts of interest, citing their proximity to Gregory McMichael during his career.

Ultimately, prosecutors in Georgia’s Cobb County — more than 200 miles from where Arbery was killed — were appointed to the case.

Additional charges levied against the defendants include aggravated assault, false imprisonment, and criminal attempt to commit a felony.

If convicted, each man could face life in prison without the possibility of parole.
A
ll three men have also been indicted on federal hate crime and attempted kidnapping charges.