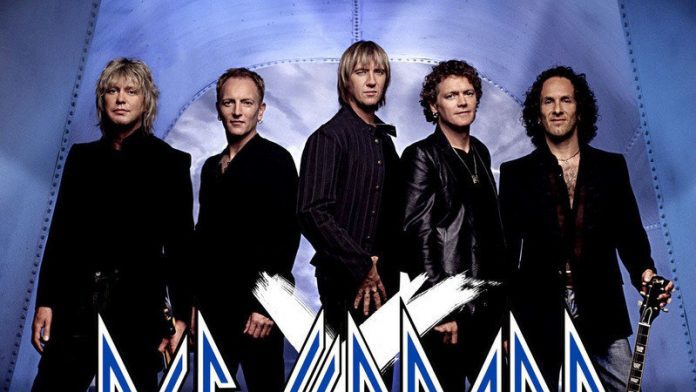 The ‘Def Leppard Vault’ will serve as a constantly curated museum, including special installations where fans can gather to see the band’s history from 1977 to now.

Sign up now for a special message at www.leppardvault.com and stay tuned for an e-mail in which you will receive the date and a special code that will “unlock” the “Vault”.

Last June, Elliott told the U.K.’s Express that there is a good chance DEF LEPPARD will make headway on a new studio album while he and his bandmates are on lockdown during the coronavirus crisis.

“It’s always a possibility,” he said. “The one thing about this band is it never stops working, even when we’re not visible. We are always doing something, we’re always writing, we keep in touch with each other regarding putting new ideas together.

“It is very possible that something may occur during this lockdown,” he continued. “We’ve got nothing concrete; we’ll just have to see how it goes.”

The last DEF LEPPARD studio album, a self-titled affair, came out in 2015.

DEF LEPPARD released a box set, “The Early Years 79-81”, in March 2020 via UMC/Virgin. “The Early Years 79-81” box set represents the band’s first two albums, “On Through The Night” (1980) and “High ‘N’ Dry” (1981), and was prepared in conjunction with Elliott who acted as executive producer on the set. The mastering was done by the band’s long-serving sound engineer Ronan McHugh.

DEF LEPPARD’s latest greatest-hits collection, titled “The Story So Far – The Best Of”, was released in November 2018.

Five Years After Prince’s Death, His Album ‘Welcome 2 America’ Will Be Released In July