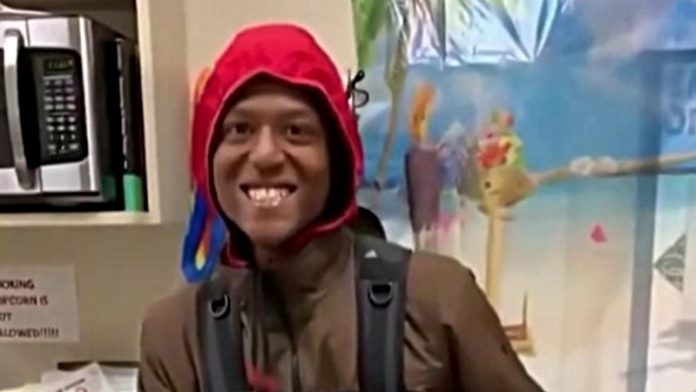 Citing the high stakes and substantial public interest in the lawsuit, a federal court last week allowed the city of Aurora to receive certain personal and medical information about Elijah McClain, the 23-year-old man whose family is suing over his August 2019 death.

At the same time, U.S. Magistrate Judge N. Reid Neureiter rejected the city’s request to access state records that would have indicated McClain’s use of any prescription opioids, as well as the family’s social services records.

“At present, this request is little more than a fishing expedition,” Neureiter wrote in a May 4 order, referring to the evidence of the opioid and social service.

McClain, a Black massage therapist, died on Aug. 30, 2019, approximately one week after an encounter with Aurora police while he was walking home. Although officers had no reasonable suspicion to stop McClain, an independent inquiry later found, they physically restrained him and paramedics injected him with a large dose of the sedative ketamine. McClain suffered a cardiac arrest and never regained consciousness.

In August of last year, McClain’s parents filed a federal lawsuit against Aurora and the employees involved in the encounter with McClain, alleging excessive force and negligence causing wrongful death, among other claims. McClain’s death also spurred multiple investigations into the Aurora Police Department, including one by Attorney General Phil Weiser.

The city sought to obtain several types of records about McClain, including his medical, educational, and employment information. Because the cause of death is disputed, the city argued, and there has been no legal determination McClain was murdered, Aurora believed the complete mental health, behavioral and prescription drug records were necessary to its defense. McClain’s family, in turn, characterized the request as an “attempt to malign the Plaintiffs and their deceased son before a jury or in the court of public opinion.”

Neureiter determined that due to the consequential nature of the lawsuit, including the millions of dollars requested in damages and the constitutional violations alleged, the city’s request was largely proportional to its need for evidence.

“In short, the magnitude of the case, its national notoriety, the constitutional issues at stake, the catastrophic and tragic outcome of the underlying events for Mr. McClain and his family, the seriousness of the allegations of ‘murder’ against the Defendants, and the millions of dollars being sought Plaintiffs, all place this case on the far end of the ‘proportionality’ spectrum,” the magistrate judge wrote.

He added that allowing the city to obtain the information did not necessarily mean Aurora could use it at trial.

Neureiter did not find sufficient justification in providing the city access to information about McClain with the state’s Division of Child Welfare and the Division of Youth Services, reportedly to examine the troubled nature of his childhood. There was also no indication McClain used or was prescribed opioids, Neureiter added, in denying the request for information about McClain from the Colorado Prescription Drug Monitoring Program.