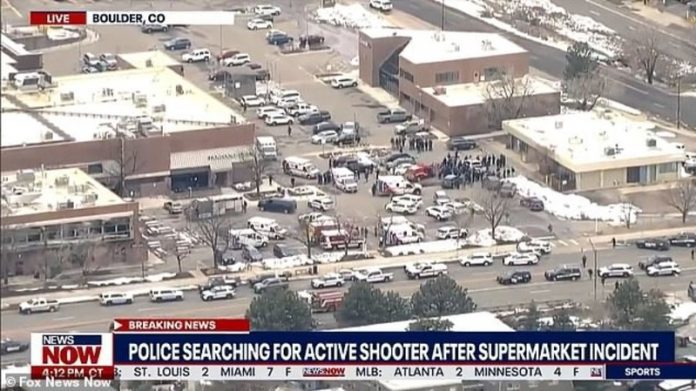 Local reports say that six people are believed to have been killed by a shooter at a Colorado grocery store as video captured multiple people lying wounded inside and outside the supermarket.

The Boulder Police Department on Monday responded to an “active shooter” situation at a local supermarket.

While details of the incident remain unclear, police told The Daily Beast that reports of a shooting at a King Soopers grocery store on Table Mesa Drive came in around 2:30 p.m. local time. Authorities have asked residents to avoid the area. The incident comes at the heels of a mass shooting in Atlanta, where a 21-year-old man killed eight people at three Asian massage parlors. 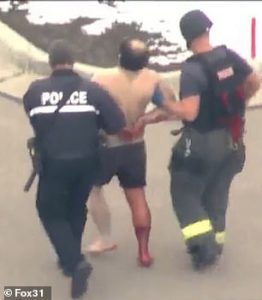 Videos of the scene at King Soopers showed officers from various agencies, including the Jefferson County SWAT team, swarming the store about 30 minutes outside downtown Boulder. At least three medical helicopters were also spotted landing at a nearby high school, CBS Denver reported.

A live feed from the grocery store appeared to show at least three motionless bodies at the scene. The live-streamer said he could hear gunshots from inside the store as he took cover in the parking lot.

Daniel Douglas, who was inside the supermarket, told KDVR that he was waiting on his pizza when “we started hearing gunshots.”

“It sounded like someone was breaking the glass at first,” Douglas said. “We started screaming and hit the ground.”

“My nerves are so racked right now I’m having a hard time talking,” he added, noting that many inside the store were crying as the shooting unfolded.

Another witness told CBS Denver that he went into the store for “some soda and some chips” and ran to the back after he heard three bangs. Customers were not “tripping over each other” but began running single file toward the back.

“I can’t believe this is happening in Boulder,” the witness said, adding that employees helped customers escape from the back of the store in an orderly fashion.

Citing a law enforcement source, ABC News said Monday that officers were responding to reports that an individual had been shot in the parking lot area. When they arrived, the suspect opened fire on the officers, the outlet stated, adding that while there are reports of injuries, details are currently unavailable.