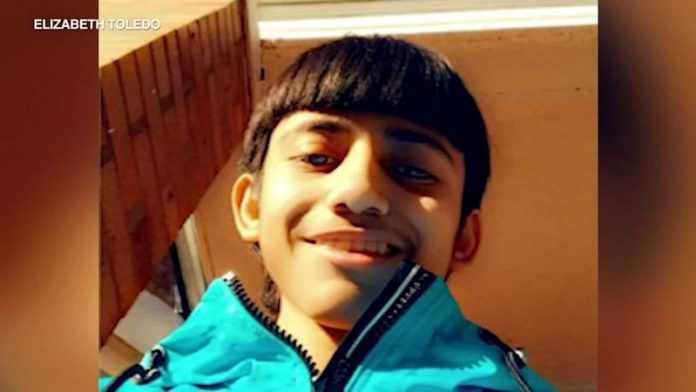 Video showing Chicago police fatally shooting 13-year-old Adam Toledo will be released Thursday afternoon, April 15, 2021, along with other materials related to the investigation.

Chicago’s Civilian Office of Police Accountability announced on Wednesday that the video would be released Thursday, two days after Adam’s family was shown the footage and 17 days after the shooting itself.

Mayor Lori Lightfoot said at a news conference ahead of the release that the videos will be released at around 2:30 p.m. CT, calling the footage “incredibly difficult to watch.”

The police oversight agency said after the Toledo family watched the videos Tuesday night that based on the family’s request, it would “not immediately release” the footage to the public. On Wednesday, the office announced that it would release the materials Thursday in the interest of transparency.

“COPA has remained sensitive to the family’s grief and is carrying out this release in accordance with the City’s Video Release Policy,” the office said in a statement Wednesday. “COPA’s core values of integrity and transparency are essential to building public trust, particularly in incidents related to an officer-involved shooting, and we are unwavering in our commitment to uphold these values.”

Body-camera footage of the shooting will be released, along with third-party video, OEMC transmissions, ShotSpotter recordings, and several other reports, COPA said.

Lightfoot said Wednesday that she had seen multiple videos of the fatal police shooting, declining to give further details on the videos.

“It’s multiple videos and I have now, yes, seen I think all of them,” Lightfoot said at an unrelated news conference Wednesday morning. Lightfoot said she would not offer her “own commentary” about the video, citing the independent investigations into the shooting.

“Look, this is a difficult circumstance set of circumstances. First and foremost, we have a family that is still incredibly in the throes of grief, a mom and father who have lost their son, siblings that have lost her brother, grandparents,” Lightfoot added. “So I want to be respectful of the family, but I also do think that something like a police-involved shooting, particularly under these circumstances, it’s important for us to be transparent.”

The shooting took place in the early morning hours of March 29, according to police, who said officers responded to an alert of shots fired at 2:37 a.m. in the 2300 block of South Sawyer and saw two males in a nearby alley.

Both fled, according to police, who said officers chased them and one opened fire, shooting Adam in the chest. He was pronounced dead at the scene and a weapon was recovered, officials said.

Immediately after the shooting, COPA initially said it would not publicly release body camera video of the shooting because of state law governing cases involving a juvenile, but reversed course under public pressure and said it would release the “troubling footage” once Adam’s family was able to see it first.

“COPA has advised family representatives that, while it is acutely sensitive to the family’s grief and their desire to avoid public release of materials related to Adam’s tragic death, COPA is mandated to comply with the City’s Video Release Policy,” the agency said Tuesday.

COPA is required by law to publicly release body camera footage no more than 60 days after a shooting.

COPA noted Tuesday that it is “committed to completing a full, thorough and objective investigation of the entire incident which includes not only the officer’s use of deadly force but also the actions of other involved officers leading up to and following the deadly shooting to determine whether each officers’ actions complied with Department policy directives and training.”

“We want to thank COPA for giving the Toledo family the opportunity to review body camera video and other evidence before its public release,” attorney Joel Hirschhorn said in a statement.

Hirschhorn said the family’s legal team is continuing to conduct their own investigation into the shooting and meeting with representatives of the city, thanking members of the public for their respect as the family mourns.

On Wednesday, Adam’s family’s attorneys called for reports of protests related to the shooting to “remain peaceful” to honor the boy’s memory and “work constructively to promote reform.”

Prosecutors had described the events in the video over the weekend as a judge set bond at $150,000 for the 21-year-old man who was with the teen at the time of the fatal shooting.

Ruben Roman, who was represented by a public defender at a Cook County bond court hearing, was charged with reckless discharge of a firearm, aggravated unlawful use of a weapon by a felon, and child endangerment.

Prosecutors with the Cook County State’s Attorney’s Office said in court that video captured Roman firing shots before police responded to the scene. Prosecutors said an officer apprehended Roman, who dropped red gloves on the ground during his arrest that later tested positive for gunshot residue.

The other officer chased Toledo, repeatedly telling him to stop, and eventually, Toledo stopped near a break in a wooden fence, prosecutors stated. Toledo, who was standing with his left side facing the officer and holding his hand to his right side, was ordered by the officer to show his hands, Cook County Assistant State’s Attorney James Murphy said.

The officer called for medical assistance and started performing chest compressions on Toledo, who died at the scene, authorities said.

The teen’s right hand tested positive for gunshot residue, according to Murphy. Fired shell casings from near where Roman fired shots matched the 9-millimeter handgun that was recovered near Toledo, prosecutors said.

COPA is investigating the shooting and the officers involved have been placed on administrative duties for 30 days in line with Chicago Police Department policy.

Outrage has enveloped the city since the fatal police shooting, with the teen’s family and supporters calling for the immediate release of police body camera video showing the encounter. CPD has canceled days off for officers as they prepare for possible demonstrations. 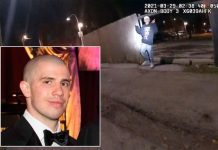 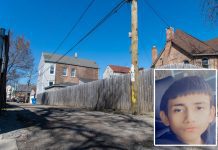