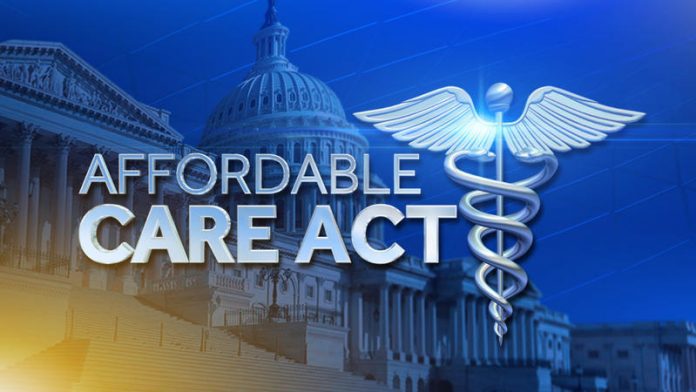 The orders will be Biden’s first steps since taking office to help Americans gain health insurance, a prominent campaign goal that has assumed escalating significance as the pandemic has dramatized the need for affordable health care — and deprived millions of Americans coverage as they have lost jobs in the economic fallout.

Under one order, HealthCare.gov, the online insurance marketplace for Americans who cannot get affordable coverage through their jobs, will swiftly reopen for at least a few months, according to several individuals inside and outside the administration familiar with the plans. Ordinarily, signing up for such coverage is tightly restricted outside a six-week period late each year.

Another part of Biden’s scheduled actions, the individuals said, is intended to reverse Trump-era changes to Medicaid that critics say damaged Americans’ access to the safety-net insurance. It is unclear whether Biden’s order will undo a Trump-era rule allowing states to impose work requirements, or simply direct federal health officials to review rules to make sure they expand coverage to the program that insures about 70 million low-income people in the United States.

The actions are part of a series of rapid executive orders the president is issuing in his initial days in office to demonstrate he intends to steer the machinery of government in a direction far different from that of his predecessor.

Biden has been saying for many months that helping people get insurance is a crucial federal responsibility. Yet until the actions planned for this week, he has not yet focused on this broader objective, shining a spotlight instead on trying to expand vaccinations and other federal responses to the pandemic.

The most ambitious parts of Biden’s campaign health-care platform would require Congress to provide consent and money. Those include creating a government insurance option alongside the ACA health plans sold by private insurers, and helping poor residents afford ACA coverage if they live in about a dozen states that have not expanded their Medicaid programs under the decade-old health law.

A White House spokesman declined to discuss the plans. Two HHS officials, speaking on the condition of anonymity about an event the White House has not announced, said Monday they were anticipating that the event would be held on Thursday.

According to a document obtained by The Washington Post, the president also intends to sign an order rescinding the so-called Mexico City rule, which compels nonprofits in other countries that receive federal family planning aid to promise not to perform or encourage abortions. Biden advisers last week previewed an end to this rule, which for decades has reappeared when Republicans occupied the White House and vanished under Democratic presidents.

The document also says Biden will disavow a multinational antiabortion declaration that the Trump administration signed three months ago.

The actions to expand insurance through the ACA and Medicaid come as the Supreme Court is considering two cases that could shape the outcome. One case is an effort to overturn rulings by lower federal courts, which have held that state rules, requiring some residents to work or prepare for jobs to qualify for Medicaid, are illegal. The other case involves an attempt to overturn the entire ACA.

According to the individuals inside and outside the administration, the order to reopen the federal insurance marketplaces will be framed in the context of the pandemic, essentially saying that anyone eligible for ACA coverage who has been harmed by the coronavirus will be allowed to sign up.

“This is absolutely in the covid age and the recession caused by covid,” said a health-care policy leader who has been in discussions with the administration. “There is financial displacement we need to address,” said this person, who spoke on the condition of anonymity to describe plans the White House has not announced.

The reopening of HealthCare.gov will be accompanied by an infusion of federal support to draw attention to the opportunity through advertising and other outreach efforts. This, too, reverses the Trump administration’s stance that supporting such outreach was wasteful. During its first two years, it slashed money for advertising and for community groups known as navigators that helped people enroll.

It is not clear whether restoring outreach will be part of Biden’s order or will be done more quietly within federal health-care agencies.

Federal rules already allow people to qualify for a special enrollment period to buy ACA health plans if their circumstances change in important ways, including losing a job. But such exceptions require people to seek permission individually, and many are unaware they can do so. Trump health officials also tightened the rules for qualifying for special enrollment.

In contrast, Biden is expected to open enrollment without anyone needing to seek permission, said Eliot Fishman, senior director of health policy for Families USA, a consumer health advocacy group.

In the early days of the pandemic, the health insurance industry and congressional Democrats urged the Trump administration to reopen HealthCare.gov, the online federal ACA enrollment system on which three dozen states rely, to give more people the opportunity to sign up. At the end of March, Trump health officials decided against that.

During the most recent enrollment period, ending the middle of last month, nearly 8.3 million people signed up for health plans in the states using HealthCare.gov. The figure is about the same as the previous year, even though it includes two fewer states, which began operating their own marketplaces.

Leaders of groups helping with enrollment around the country said they were approached for help this last time by many people who had lost jobs or income because of the pandemic.

The order involving Medicaid is designed to alter course on experiments — known as “waivers” — that allow states to get federal permission to run their Medicaid programs in nontraditional ways. The work requirements, blocked so far by federal courts, are one of those experiments. Another was an announcement a year ago by Seema Verma, the Trump administration’s administrator of the Centers for Medicare and Medicaid Services, that states could apply for a fundamental change to the program, favored by conservatives, that would cap its funding, rather than operating as an entitlement program with federal money rising and falling with the number of people covered.

“You could think about it as announcing a war against the war on Medicaid,” said Katherine Hempstead, a senior policy adviser at the Robert Wood Johnson Foundation.

Dan Mendelson, founder of Avalere Health, a consulting firm, said Biden’s initial steps to broaden insurance match his campaign position that the United States does not need to switch to a system of single-payer insurance favored by more liberal Democrats.

The orders the president will sign “are going to do it through the existing programs,” Mendelson said.

The Ketogenic Diet May Play A Role in Treating Alcoholism

6 Things To Know About Bipolar Disorder

A Blood Test Could Possibly Diagnose Bipolar Disorder And Depression

Buckingham Palace Orders A “Trump Train” Bus To Stop Using The Image Of The...

Donald Trump Barbara Sobel - May 12, 2021
0
Buckingham Palace has made a formal request to have a doctored image of Queen Elizabeth II wearing a "Make America Great Again" hat and...

Meghan Markle Mocked For Wearing Thousands Of Dollars Worth Of Jewelry While Giving A...

Royal Family frackle - May 12, 2021
0
Last weekend, virtually Meghan Markle appeared at the Global Citizen's VAX Live: The Concert To Reunite The World to discuss how women were disproportionately...

Meghan Markle Mocked For Wearing Thousands Of Dollars Worth Of Jewelry...