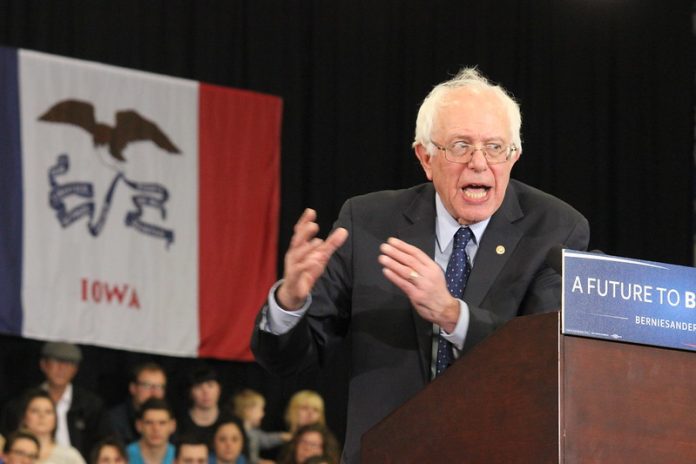 Sen. Bernie Sanders (I-Vt.) on Friday, December 5, 2020, announced his opposition to the bipartisan coronavirus relief package gaining momentum in the U.S. Senate, as jockeying intensified among lawmakers eager to cut a deal to provide relief amid renewed signs of economic weakness.

Sanders said he would vote against the $908 billion relief framework that has attracted a flurry of interest from Democrats and Republicans since it was introduced earlier this week. Sanders said he would consider backing it only if it is “significantly” revised. That package, broadly embraced this week by both senior congressional Democrats and more than a half-dozen Republican senators, leaves out some priorities among liberals such as another round of $1,200 stimulus payments.

Led by Sens. Joe Manchin III (D-W.Va.), Mitt Romney (R-Utah) and Susan Collins (R-Maine), among other centrist lawmakers, the legislative push aims to break months of gridlock in Congress over providing a boost to an economy facing what could prove its most dire stretch of the pandemic.

“Given the enormous economic desperation facing working families in this country today, I will not be able to support the recently announced Manchin-Romney COVID proposal unless it is significantly improved,” Sanders said in a statement, citing the inclusion of a “liability shield” intended to insulate firms from coronavirus-related lawsuits. Sanders added of the absence of stimulus checks in the bill: “Tens of millions of Americans living in desperation today would receive absolutely no financial help from this proposal. That is not acceptable.”

Sanders’s opposition shows the tightrope negotiators are trying to walk as they seek to cobble together a bipartisan coalition with enough votes to pass the measure into law.

The pressure against the deal comes as the bipartisan group worked to turn a one-page outline of an agreement into legislative text that could be signed into law. The U.S. economy also showed signs of slowing down in a jobs report released Friday, with November representing the slowest month for job growth since the spring, and health officials issued stark warnings about a spike in coronavirus cases. Meanwhile, the stock market remained at record levels, suggesting that the inequality issues facing the United States economy are only getting worse.

Lawmakers face a tight schedule to take action as congressional leaders push to include the coronavirus relief effort with the spending bill needed to avert a federal government shutdown after Dec. 11. House Speaker Nancy Pelosi (D-Calif.) expressed optimism at her news conference Friday that “momentum” was building toward a deal, citing her conversation Thursday with Senate Majority Leader Mitch McConnell (R-Ky.).

“The vehicle is leaving the station,” Pelosi said of including coronavirus relief with the government funding deal. “If there’s a vehicle and we can add this — once we see the text — that is what we will be doing.”

The legislation pushed by the bipartisan group would provide hundreds of billions of dollars to jobless Americans. It would also provide some funding for states and cities hit by declines in revenue amid the pandemic, and offer new funding for struggling small businesses by reauthorizing the Paycheck Protection Program. It would provide smaller amounts of money, in the tens of billions, to a number of other critical needs, including schools; child care; hunger; rental assistance; and other pressing demands.

Some conservative lawmakers have also expressed their opposition to the deal, with Sen. Rick Scott (R-Fla.) assailing it for devoting almost $200 billion in emergency aid for state and local governments. Conservative advocacy groups have also begun mobilizing to pressure Republican senators into rejecting the bill.

“There’s widespread opposition among conservatives, particularly among our activists who are sick of Congress spending money we don’t have,” said Jason Pye, vice president for legislative affairs for FreedomWorks, a conservative advocacy group.

Some liberal members of the House, including Reps. Alexandria Ocasio-Cortez (D-N.Y.) and Rashida Tlaib (D-Mich.), also pushed for the deal to include $1,200 stimulus checks, although it was not clear whether they would vote against the package if it came to the House floor without stimulus payments. Sen. Josh Hawley (R-Mo.) made a similar plea for stimulus payments Friday but is at this point a lone voice among Republicans.

The two most controversial elements of the deal remained assistance for state and local governments, which is widely opposed by conservatives; and the liability shield opposed by liberals and cited by Sanders. The Manchin-Romney-Collins group has worked on reaching a bipartisan consensus on both but has released few details specifying how to do so.

Negotiators said they have an informal Monday deadline for reaching an agreement and releasing legislative text. Rep. Tom Reed (R-N.Y.), a co-chairman of the bipartisan Problem Solvers Caucus that helped spark the negotiations, said an agreement was in reach on funding state and local governments. Negotiators, he said, had agreed that the aid should be distributed according to a formula accounting for a jurisdiction’s loss of revenue, not its population. That could help overcome GOP concerns that federal funds would be used to cover non-coronavirus budget gaps, though Reed said the details are yet to be resolved.

Some congressional aides speculated that Sanders’s opposition might ironically help seal a bipartisan accord, giving Republican senators cover to back a larger package by highlighting the demands inside the Democratic Party for a multitrillion-dollar deal.

Friday’s jobs report may increase pressure on lawmakers to act swiftly. The 245,000 jobs added were the lowest since the rebound began in May, leaving the United States with 9.8 million fewer jobs than it had before the pandemic. The retail sector shed positions, even during the normally bustling holiday season. And the drop in the unemployment rate was more a result of people leaving the labor force than the modest labor market gains.

Larry Kudlow, the president’s chief economic adviser, told reporters Friday that the administration is working closely with lawmakers on an agreement, but that the direction of discussions was positive. President Trump’s negotiators have largely taken a back seat to stimulus negotiations since the president was defeated in the Nov. 3 presidential election.

“I would say it has a somewhat more optimistic tone,” Kudlow said. Asked whether the president would accept the levels of state and local aid pushed in the bipartisan framework, Kudlow said: “I will let the legislators work that out. … [Trump] doesn’t want to deal with mismanaged states and localities, but I don’t want to comment on it because I will leave that to the negotiations.”