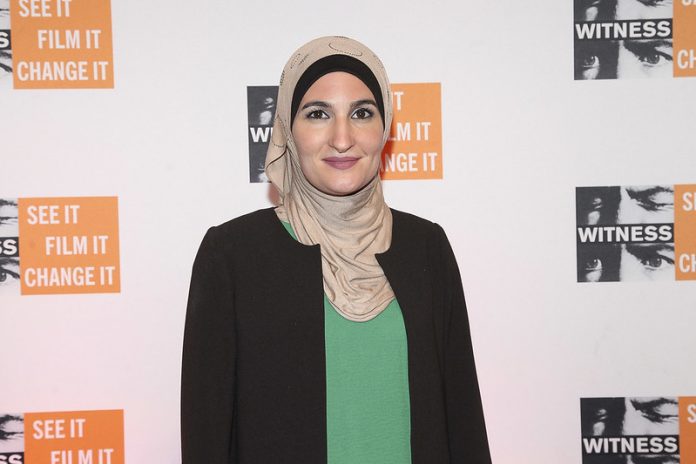 Sarsour said: “Ask them this: How can you be against white supremacy in the United States of America and the idea of living in a supremacist state based on race and class but then you support a state like Israel that is built on supremacy; that is built on the idea that Jews are supreme to everybody else?” Sarsour asked. She elaborated, “How do you then not support the caging of children at the U.S.-Mexican border, but then you support the detainment and the detention of Palestinian children in Palestine. How does that work, sisters and brothers?”

Anti-Defamation League national director Jonathan Greenblatt immediately tweeted on Twitter in response “The amount of hate in Linda Sarsour’s latest diatribe is shocking. She slanders the founders of Israel as supremacists, invoking a centuries-old anti-Semitic trope when she describes them as having believed that Jews are “supreme to everybody else.”

Associate Dean and Director of Global Social Action Agenda Rabbi Abraham Cooper released a statement saying, “Linda has a problem – her hate is based on denying that the Jewish people’s love affair for their land is 3,500 years old. Palestinians are the supremacists; they insist no Jews can live as neighbors.”

Democratic Majority for Israel tweeted on Twitter that Sarsour’s statement was “a vicious, anti-Semitic lie. Israel’s built on idea that every people is entitled to self-determination.”

Sarsour endorsed Sen. Bernie Sanders (I-Vt.) for president on September 6, 2019, saying that she wanted to help “elect the first Jewish-American president this country has ever seen.” She has since been a surrogate for Sander’s campaign.

Polls and donation data have consistently shown for months that Sanders, a Jew himself has less support amongst the Jewish population than he does among the general population. One key reason could be the presence in his campaign of Sarsour and others who are harsh critics of Israel.

Forward: Bernie Sanders’ Alliance With Linda Sarsour Is An Insult To Jews
The Federalist: Israel Equals Jewish ‘Supremacy’: Linda Sarsour Again Stoops To Antisemitism
Jewish Journal: Sarsour Says Israel ‘Is Built On the Idea That Jews Are Supreme to Everyone Else’