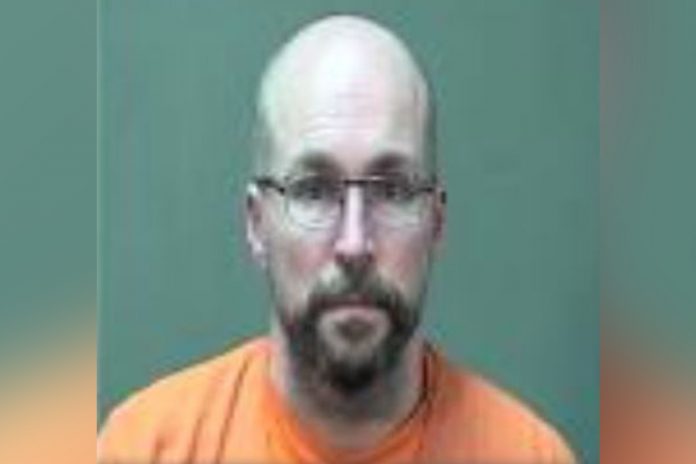 A pharmacist accused of trying to destroy hundreds of doses of coronavirus vaccine is allegedly a conspiracy theorist who believed the medication wasn’t safe, Wisconsin authorities said Monday.

Steven Brandenburg, 46, was ordered held in lieu of a $10,000 bond by Ozaukee County Circuit Court Judge Paul Malloy during a brief appearance.

Police in Grafton, about 20 miles north of Milwaukee, arrested the Advocate Aurora Health pharmacist on Thursday after 57 vials of the Moderna vaccine were apparently spoiled. Brandenburg took the vaccine doses from a refrigerator and left them out for 12 hours, possibly rendering them useless, police said.

Each vial contained 10 doses and was altogether worth between $8,550 to $11,400, according to a probable cause statement by Grafton Police Det.-Sgt. Eric Sutherland.

Brandenburg is an “admitted conspiracy theorist” and he “told investigators that he believed that Covid-19 vaccine was not safe for people and could harm them and change their DNA,” Sutherland wrote.

“He admitted this was an intentional act,” the probable cause statement added.

Brandenburg was initially booked on suspicion of recklessly endangering safety, adulterating a prescription drug, and criminal damage to property.

However, it wasn’t immediately clear if Brandenburg’s actions ruined the doses or if they could still be effectively administered, Ozaukee County DA Adam Gerol said.

Officials from Moderna would have to examine the doses and conclude whether they were ruined, according to Gerold.

If the doses were not destroyed, despite left outside the refrigerator, then charges could be downgraded, the prosecution said.

Brandenburg did not have to enter a plea during this first court appearance on Monday. The highly procedural hearing was held virtually, to adhere to coronavirus safety protocols.

While the judge and prosecutor were in court, Brandenburg appeared from jail and his lawyer from another locale. The defense lawyer acknowledged his presence on behalf of Brandenburg but did not appear to make any other substantive comments.