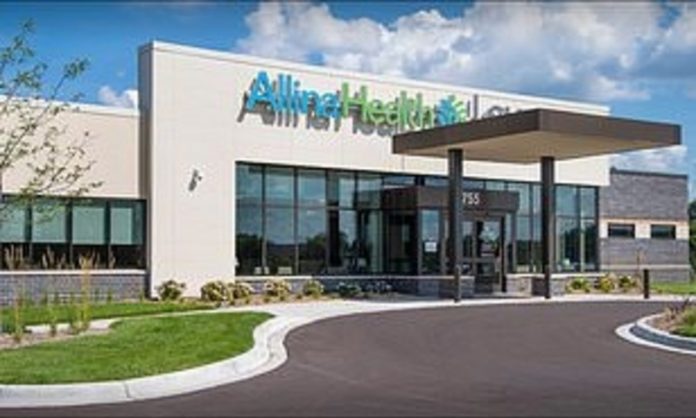 Gunfire erupted at a health clinic in Wright County late on the morning of Tuesday, February 9, 2021, and at least five people were reported to be wounded.

The scene is at the Allina Health Clinic in Buffalo, Minnesota, on Crossroads Campus Drive, according to police, who were called there about 10:55 a.m.

Up to five people are said to be wounded, and a male suspect has been detained, according to emergency dispatch audio. 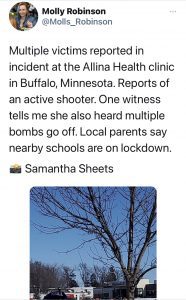 Three people were taken by ambulance to North Memorial Health Hospital in Robbinsdale, which is equipped to handle the most severe of critical incident injuries, while two were taken to Allina-operated Buffalo Hospital, emergency medical personnel were heard saying on dispatch audio.

About 30 minutes later, a bomb went off in the family medicine and urgent care clinic, the dispatch audio revealed. That explosion forced emergency medical personnel to leave the clinic parking lot and set up farther away, the audio continued.

A spokesman for the full Allina Health system was heading to the scene early Tuesday afternoon to assess the situation and possibly disclose further details.

There also is a “high suspicion” of a bomb threat directed at a Super 8 hotel about a mile south of the clinic, the dispatch audio disclosed, but its relationship to the shooting was not immediately clear.