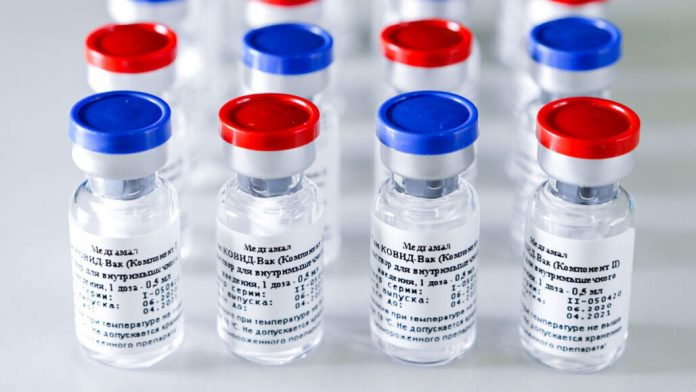 At least 36 people have developed a rare, life-threatening blood disorder, called thrombocytopenia, after receiving either of the two COVID-19 vaccines authorized in the US.

One of them, Miami obstetrician Dr. Gregory Michael, died after thrombocytopenia caused his platelets to drop to virtually zero. He was just 56 and died of a brain hemorrhage just 16 days after receiving Pfizer’s shot.

And doctors ordered Luz Legaspi, 72, not to leave her bed for over a week, for fear a bump, bruise, fall, or other minor injuries could lead to a similar hemorrhage and prove fatal for her.

Thrombocytopenia has been seen after other vaccines as well, and experts suspect that the shot does act as a trigger in some way – they just don’t know why yet.

But so far, the platelet-suppressing condition appears exceedingly rare – affecting just 36 people out of 43 million doses administered in the US – and scientists theorize that only a small fraction of the population may have some predisposition that could lead vaccines to trigger the blood disorder.

Of 15 people included in a forthcoming study, only one had a recent history of low platelet counts, and there were no clear common threads that predict who might be the very few to develop thrombocytopenia after vaccination.

But with the exception of Dr. Michael, all others so far have recovered after treatment.

The vast majority of people who have received COVID-19 vaccines have done so without incident.

But between the December 14 start of the US coronavirus vaccine rollout and January 31, 36 reports were made to the Centers for Disease Control and Prevention’s (CDC) monitoring system of immune thrombocytopenia (ITP) after vaccinations, according to the New York Times.

The database logs incidents doctors and nurses observe after people get vaccinations, but it doesn’t determine whether or not vaccines were the cause of the reported problems, known as ‘adverse events.’

No cases of thrombocytopenia were reported during the trials of either Moderna’s or Pfizer’s vaccines.

However, since they’re authorizations, cases have been linked to each vaccine.

Pfizer told DailyMail.com that it is investigating the death of Dr Michael, an obstetrician whose wife says was in good health before his death in December.

‘In my mind his death was 100 percent linked to the vaccine. There is no other explanation,’ she told DailyMail.com in an interview last month, fighting back tears.

Dr. Michael received his first dose of Pfizer’s shot on December 18 and had no immediate reaction to the shot.

But three days later, he noticed red splotches all over his body.

The spots dappling his body were petechiae, warning signs of bleeding under the skin.

He went to Mount Sinai Medical Center in Miami. During his exam, Dr. Michael remained upbeat and energetic.

But bloodwork showed his count of platelets – disk-shaped cell fragments that form clots to prevent uncontrolled bleeding – was zero, his wife said.

Anything below 150,000 would qualify as thrombocytopenia, but Dr. Michael’s condition was dire.

Transfusions and other attempts to restore his platelets failed over his two weeks in the hospital, and Dr. Michael ultimately died of a brain hemorrhage.

Luz Legaspi, 72, was healthy and all for vaccination in January, when she got her first dose of the Moderna.

But the next day, she woke to find her legs and arms covered in petechiae, and bleeding blisters inside her mouth, according to the New York Times.

She was admitted to the hospital in Elmhurst, Queens in New York City.

At the time, Legaspi’s platelet count was zero and she was ordered not to leave her bed to prevent her from falling or otherwise injuring herself. Even a normally harmless bruise can lead to hemorrhage when someone has not platelets to stop the bleeding.

In adults, thrombocytopenia can be caused by one marrow diseases, some cancer treatments, and alcoholism.

But some forms are also the result of an autoimmune condition, in which the immune system mistakenly attacks and destroys healthy platelets instead of legitimate threats and pathogens. Sometimes thrombocytopenia arises after viral infections.

In these cases, it is usually treated platelet transfusions, with steroids and immune globulins – a treatment meant to prevent the spleen from destroying platelets, as it does in thrombocytopenia.

Legaspi received these treatments but was still not improving 10 days after she had been admitted to the hospital.

‘I don’t think she understands she’s like a ticking bomb,’ her daughter, who did not reveal her name upon her employer’s request, told the Times on Legaspi’s ninth day in the hospital.

Remarkably, a foremost expert on the rare condition caught wind of Legaspi’s dire, and stagnant, condition and contacted her physician in Elmhurst.

Dr. James Bussel, a pediatrician and expert in immune thrombocytopenia (ITP), which most commonly affects children advised a change of course, although what specific treatment he advised is not clear.

Within two days, Legaspi’s platelet count was over 70,000 and she was able to return home the next day, February 2.

Dr. Bussel and his colleague, Dr. Eun-Ju Lee, studied 15 cases of thrombocytopenia that developed after people got COVID-19 vaccines.

Their article is still being reviewed for publication in a medical journal.

But he told the Times there may well some link not just to COVID-19 vaccines, but vaccines more generally, it’s just not clear exactly what.

Having it happen after a vaccine is well-known and has been seen with many other vaccines. Why it happens, we don’t know,’ Dr. Bussel said.

‘I think it is possible that there is an association.

‘I’m assuming there’s something that made the people who developed thrombocytopenia susceptible, given what a tiny percentage of recipients they are.’

Dr. Bussel, and even Luz Legaspi and her daughter, say that people should still get the COVID-19 vaccine, and for most, thrombocytopenia won’t be an issue.

Nonetheless, Dr. Bussel, his colleagues, and both Pfizer and Moderna are trying to work out who might have this life-threatening reaction, so they could advise these people against getting the vaccine, as US officials have done for people with a history of anaphylactic reactions to any ingredients in the shots.