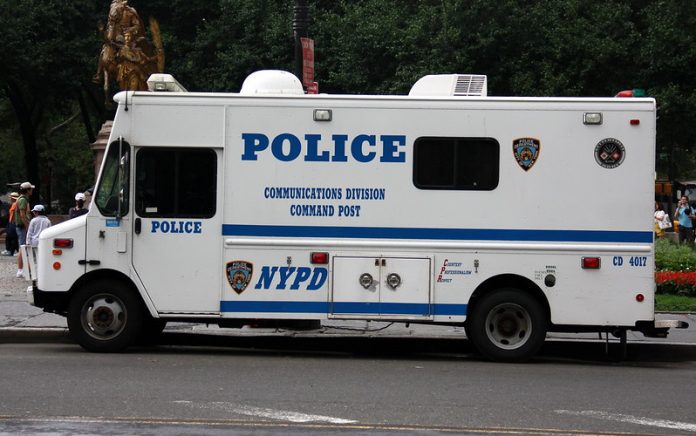 An Asian woman walking in Midtown Manhattan was bashed in the head with a hammer by a stranger demanding the victim remove her mask, police said Monday, May 3, 2021.

The NYPD is investigating the attack as a possible hate crime, the latest in a string of bias-fueled attacks against Asian victims in New York City.

“Take off your mask,” the assailant, who appeared to be in her 50s, bizarrely demanded, according to cops.

The stranger bashed the victim in the head with a hammer before running off east on W. 42nd St., police said.

Medics took the victim to NYU Langone Health in stable condition with cuts to her head.

The attacker was wearing black jeans and a black tank top, police said.

New Yorkers who are fully vaccinated are now allowed to walk around outside with no mask on, following recently revised national guidelines from the Centers for Disease Control and Biden administration. New Yorkers are still encouraged to wear a mask if they are in a large group, even if outside.

Just hours before the attack, city leaders spoke at a rally in Flushing, Queens, to decry the spate of hate crimes and call for harsher punishments.

“To anyone who commits a hate crime, let’s be blunt, let’s be clear: we will find you, we will prosecute you,” said Mayor de Blasio. “You will suffer the consequences.”

Sen. Chuck Schumer (D-N.Y.), who also spoke at the rally, said the Biden administration had already taken a more aggressive approach to cracking down on hate crimes.

“To those who perpetuate Asian hate, we now have people in the Justice Department dedicated to finding you, exposing you, and prosecuting you,” Schumer said. 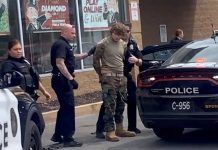 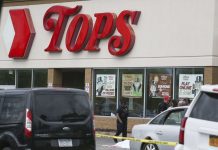 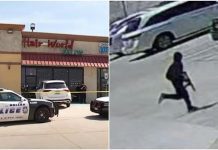 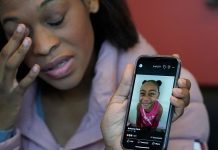 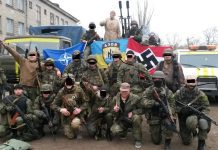