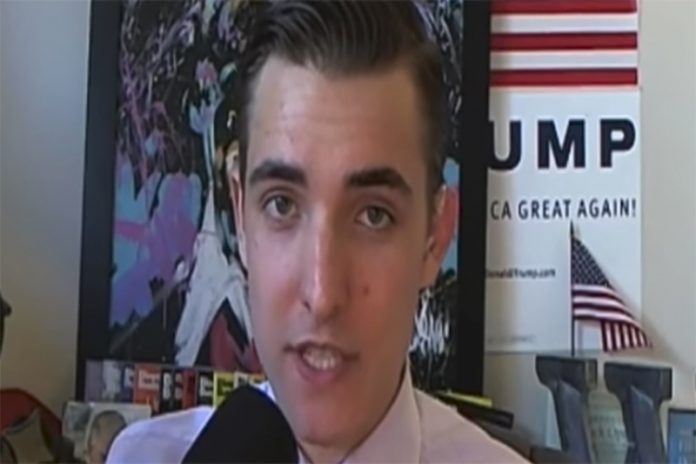 The Arizona attorney general’s office is actively pursuing collection efforts against right-wing social media provocateur Jacob Wohl, who has not made any payments toward nearly $38,000 in fines from a 2016 investment fraud ruling against him, Salon has learned.

A spokesperson for the Arizona Corporation Commission notified Salon about Wohl’s delinquency in response to a Salon article last week.

“The Commission, through the Arizona Attorney General’s Office, is actively pursuing collection efforts against Mr. Wohl,” the spokesperson told Salon in an email.

“Mr. Wohl has not paid anything since the matter was sent to the Attorney General’s Office for collections,” the spokesperson wrote in an email. “Given his indictment last year, I would venture that any available funds are going to pay his criminal defense counsel.”

The Commission said it retains the right to take further action against Wohl “if he violates any part of the order or if he commits additional actions that violate the Arizona Securities Act or the Investment Management Act.”

According to the court order, the commission said, Wohl, accrues interest on any unpaid amount.

“Between penalty and restitution, Mr. Wohl owes approximately $43,000,” the commission spokesperson said. “The Attorney General’s office has engaged California counsel to assist in collections efforts. Those lawyers are utilizing all statutorily allowed collection methods to obtain the funds owed to the state.”

The 22-year-old Wohl, who as achieved a modest measure of media infamy with a series of hapless attempts to fabricate smears of sexual impropriety against Democratic elected officials and other public figures — including Sen. Elizabeth Warren, former special counsel Robert Mueller, and, most recently, Dr. Anthony Fauci — apparently cut his teeth on investment fraud beginning in his late teens.

In 2017 the Arizona Corporation Commission filed a cease-and-desist order against Wohl, at the time 20 years old, alleging that he and his business partner broke the law in 2015 and 2016 when they misled clients about how much of their money would be at risk and exaggerated the size of their company.

The commission ordered Wohl to pay his victims $32,919 in restitution, plus $5,000 in penalties. Wohl asked for a continuance.

“I’m wondering why we’re going through this exercise, and why you think your client is going to make a payment on a later date if he’s not able to make a payment today,” Commissioner Boyd Dunn said to Wohl’s counsel at a hearing.

“This is a relatively small amount,” the attorney replied. “I know you guys have seen hundreds of thousands of dollars for these types of cases.”

“It’s not a small amount to the investor. So don’t belittle it,” Dunn said.

The commission accommodated Wohl with a four-week continuance, after which he was required to pay his fine in monthly installments of $1,371.61. Arizona Central reported in 2018 that Wohl had not paid any of it, and that balance remains unchanged today.

The scams earned Wohl a lifetime ban by the National Futures Association and led directly to felony charges currently facing him in California. (Wohl has denied wrongdoing.)

In 2016 an Arizona man tipped off the Riverside County district attorney’s office that Wohl and his business partner, Matt Johnson, 30, had swindled him out of $75,000 he invested through Wohl Capital Investment Group. The man killed himself shortly afterward, according to Wohl’s arrest warrant.

The tip led the Riverside County DA to open an investigation into a separate matter, which led the office to indict Wohl, who lives in Corona, California, as well as Johnson, on two counts of selling unregistered securities. The Daily Beast first reported those charges last September.

In February, Wohl and Johnson pleaded not guilty, but their hearing, set for April 24, was postponed due to concerns about the coronavirus pandemic and has not been rescheduled.

“Failure to make restitution to his victims certainly weighs in favor of seeking a stiffer penalty,” Edwards added, in reference to the California case. “Assuming he has the assets, a failure to pay signals general disrespect for his legal obligations. States should not have to burn limited enforcement resources to force him to comply with his obligations. A period of incarceration may help drive that point home,” he said.

A document from January 2019 shows that Wohl formed a group called the Arlington Center for Political Intelligence, whose raison d’être, he said, would be to “make shit up” about candidates and other public figures in order to manipulate political betting markets and seek to suppress Democratic turnout in 2020.

“It would appear that the premise of this company amounts to wire fraud,” Anne Champion, a First Amendment and media law attorney at Gibson Dunn told Salon.

Another First Amendment and media law expert, Nashwa Gewaily, pointed out that the fake death threats Wohl apparently reported to Minnesota police last year — seemingly in an attempt to impugn Rep. Ilhan Omar, D-Minn., and her supporters — do not fall under protected speech, and could be considered a criminal offense in that state.

“Wohl appears to intentionally falsify the report, which is what makes him vulnerable to charges,” Gewaily said. “So, in theory, the poor man’s Roy Cohn could regret faking death threats to paint Omar and her constituents as terrorists. In theory.”

“Ultimately, some time behind bars may be good for him,” said Edwards, the securities law expert. “Wohl may be caught up in the thrill of being elevated and amplified by the president of the United States. His apparent efforts to concoct false claims about Robert Mueller, Sen. Warren, and others may be driven by some dopamine-chasing urge to remain in the spotlight. An appropriate sentence may disconnect him from this chicanery and give him time and space to reflect. Hopefully, he’ll emerge a better person for it.”