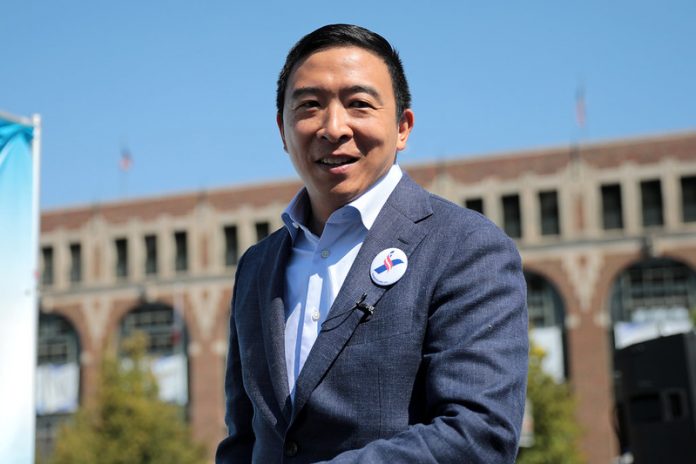 One of the entrepreneur’s 2020 rivals, Sen. Elizabeth Warren, has suggested she would appoint a task force to investigate Trump’s wrongdoing if she won the presidential election.

But Yang on Sunday said that would make moving forward difficult.

“You suggested … that President Yang might pardon President Trump, why?” “This Week” host George Stephanopoulos asked the candidate.

Yang responded that he would listen to the guidance of his attorney general, but added, “You have to see what the facts are on the ground.”

“If you look at history around the world, it’s a very, very nasty pattern that developing countries have fallen into, where a new president ends up throwing the president before them in jail,” Yang said on ABC’s “This Week.”

“That pattern, unfortunately, makes it very hard for any party to govern sustainably moving forward with a sense of unity among their people,” he continued. “And so to me, America should try to avoid that pattern if at all possible.”

In 1974, President Gerald Ford pardoned his predecessor, Richard Nixon, after he resigned amid the Watergate scandal. “It could go on and on and on, or someone must write the end to it. I have concluded that only I can do that, and if I can, I must,” Ford said in September 1974.

Yang has criticized the media and Democrats for being “obsessed over impeachment.” After the December PBS NewsHour/POLITICO debate, Yang said he didn’t remember any voters asking about impeachment on the campaign trail.

“Americans are not focused on this in the same way the networks are,” he told CNN at the time.

The entrepreneur has consistently polled in sixth place in Iowa, which is holding its caucuses Monday, and just came off a 17-day bus tour there. “We think we’ll surprise a lot of people on Monday night,” he said Sunday, “and we’ve got a ton of support in New Hampshire.”

In the Iowa caucuses, voters whose first-choice candidate doesn’t reach 15 percent support in a precinct can back another candidate on a second ballot. Where does Yang expect most of his supporters to go if he doesn’t meet the 15 percent threshold?

“We have a very, very diverse group of supporters. I can’t speak for where they would head,” he said.

Politico: Pardon Trump? Yang says he might
Fox News: Andrew Yang not so quick to investigate Trump if elected president