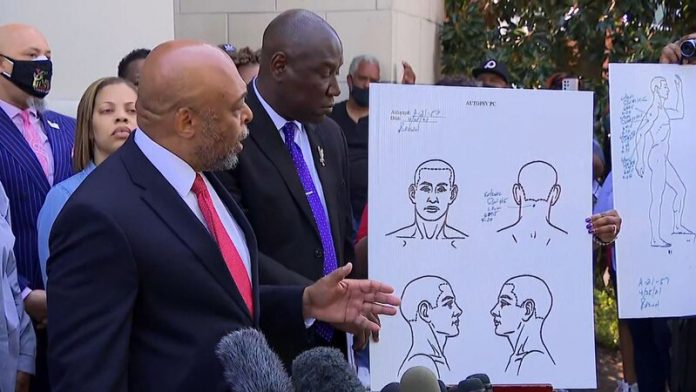 The state medical examiner’s report on the death of Andrew Brown Jr. confirms he was killed by a gunshot to the back of the head.

The state’s report was released June 10, more than a month after Brown’s death.

It lists Brown’s cause of death as a homicide caused by a gunshot wound to the back of the head. That finding matches up with the independent report commissioned by Brown’s family.

However, the state’s report and the independent report differ as to how many other gunshot wounds Brown suffered. The state’s report said Brown was shot just one other time (in the arm), and it noted several other bullet holes in Brown’s vehicle’s trunk, back windshield, and the passenger side rear door and windshield.

The medical examiner also noted in their report that CPR and other first-aid appeared to have been given to Brown after he was shot and crashed into a tree.

The medical examiner’s report lists Brown’s time of death at 8:33 a.m. on April 21, which is just minutes after deputies arrived to serve his warrant for arrest, according to District Attorney Andrew Womble–who decided none of the deputies involved in Brown’s death should face criminal charges.

Two of the deputies involved in the shooting have since returned to work. One of them resigned.

Pasquotank County Sheriff Tommy S. Wooten II said previously that the deputies involved in the shooting would be disciplined and retrained.

In the quiet community of nearly 18,000 people, it’s been quite the opposite the last two weeks in Elizabeth City since the shooting of Andrew Brown Jr.

In the quiet community of nearly 18,000 people, it’s been quite the opposite the last two weeks in Elizabeth City since the shooting of Andrew Brown Jr.

The deputies were part of an investigation into Brown that had been going on for some time. Investigators said they had video of undercover officers buying cocaine and methamphetamine from Brown on numerous occasions. They now wanted to search his home and had gotten a warrant approving them to do just that.

When deputies arrived to serve the warrant, their interaction with Brown lasted just 44 seconds, according to Womble. He used that as part of his reasoning for determining that the deputies were justified in their use of force against Brown.

Brown’s family and supporters see it differently. They called the deputies’ actions an “execution.”

The American Civil Liberties Union said Womble’s decision to not pursue any charges is evidence of a problem with the American justice system.

“It should not come as a surprise that the criminal legal system has upheld the legitimacy of another police murder of a Black person,” the statement said. “Communities deserve justice and accountability, but history shows justice for people of color is rare in a system that was built upon slavery and has been modified over time to control and limit the lives of those who are not white.” 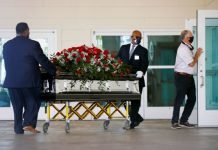 Mourners Gather For Funeral Of Andrew Brown Jr. Who Was Killed By Police