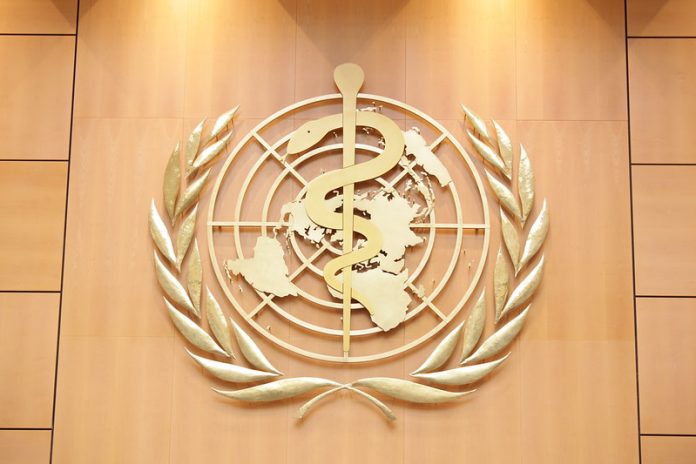 More than a dozen U.S. researchers, physicians and public health experts, many of them from the Centers for Disease Control and Prevention, were working full time at the Geneva headquarters of the World Health Organization as the novel coronavirus emerged late last year and transmitted real-time information about its discovery and spread in China to the Trump administration, according to U.S. and international officials.

A number of CDC staffers are regularly detailed to work at WHO in Geneva as part of a rotation that has operated for years. Senior Trump-appointed health officials also consulted regularly at the highest levels with the WHO as the crisis unfolded, the officials said.

The presence of so many U.S. officials undercuts President Trump’s charge that the WHO’s failure to communicate the extent of the threat, born of a desire to protect China, is largely responsible for the rapid spread of the virus in the United States.

The administration has also sharply criticized the Chinese government for withholding information.

But the president, who often touts a personal relationship with Chinese President Xi Jinping and is reluctant to inflict damage on a trade deal with Beijing, appears to see the WHO as a more defenseless target.

Asked early Sunday about the presence of CDC and other officials at the WHO, and whether it was “fair to blame the WHO for covering up the spread of this virus,” Deborah Birx, the State Department expert who is part of the White House pandemic team, gently shifted the onus to China, and the need to “over-communicate.”

“It’s always the first country that get exposed to the pandemic that has a — really a higher moral obligation on communicating, on transparency, because all the other countries around the world are making decisions on that,” Birx told ABC’s This Week. “And when we get through this as a global community, we can figure out really what has to happen for first alerts and transparency and understanding very early on about … how incredibly contagious this virus is.”

Following a Trump-hosted video conference of the leaders of the Group of Seven industrialized nations on Thursday, a White House statement said “much of the conversation centered on the lack of transparency and chronic mismanagement of the pandemic by the WHO.”

The group’s focus on the global health organization during the call stemmed largely from Trump’s announcement two days earlier that he was freezing all U.S. funding for it, saying donors would be discussing “what do we do with all of that money that goes to WHO.” The United States provides up to $500 million a year in assessed and voluntary contributions, significantly more than any other nation.

In statements following the G-7 call, however, other leaders emphasized the need to build up the WHO, rather than tear it down.

French President Emmanuel Macron “expressed his support for the WHO and underscored the key role it must play,” according to a statement from his office. German Chancellor Angela Merkel “made clear that the pandemic can only be defeated with a strong and coordinated international response,” her spokesman said. “In this context, she expressed full support for the WHO as well as a number of other partners.”

German Foreign Minister Heiko Maas warned that the WHO “cannot be weakened or in any way be called into question politically. … Every inch that the U.S. withdraws from the wider world, especially at this level, is space that will be occupied by others — and that tends to be those that don’t share our values of liberal democracy,” he said.

Canada, Japan, and the European Union — all of whom participated in the call — also issued strong statements backing the organization.

A G-7 statement issued after the call supported the need to review WHO performance. “We cannot have business as usual and must ask the hard questions about how [the pandemic] came about,” British Foreign Secretary Dominic Raab, standing in for virus-stricken Prime Minister Boris Johnson, said. But he stressed a post-crisis review should be “driven by science.”

In announcing the funding cutoff, Trump charged last week that the WHO parroted incorrect Chinese statements and “failed to investigate credible reports … that conflicted directly with the Chinese government’s official accounts.” He criticized “the inability of the WHO to obtain virus samples” that China continues to refuse to supply.

A Senate aide who has tracked the issue said “there was clearly an effort” by China “not to provide transparent data and information” in the early stages of the outbreak.

“We were looking to WHO to provide that information, and they did not. It was unclear as to whether they didn’t get that transparency from the Chinese, or that they chose not to share what they did get under pressure from the Chinese,” said the aide who, like others, spoke on the condition of anonymity to discuss a sensitive matter.

But some noted that the WHO has no power to compel member governments to do its bidding.

The organization “has no intelligence capabilities and no investigatory power,” said Daniel Spiegel, who served as ambassador to the United Nation’s Geneva-based organizations, including the WHO, for the Clinton administration. “They should have been more skeptical about what the Chinese were telling them, but they’re totally at the mercy of what governments provide.”

Among his complaints, Trump seems most aggrieved by the initial WHO failure to support his Jan. 31 decision to partially ban incoming travel from China. Days later, at a meeting of the WHO executive board, Director-General Tedros Adhanom Ghebreyesus said there was no need to “unnecessarily interfere with international travel and trade” to halt the spread of the disease. That message reiterated what he had said before Trump’s announcement, after meeting with Xi in Beijing.

Trump called Tedros’ statement “one of the most dangerous and costly decisions from the WHO. … They were very much opposed to what we did,” he said last week. “Fortunately, I was not convinced and suspended travel from China, saving untold numbers of lives.”

International public health experts have long debated whether border closures helped stem the spread of infectious diseases, or worsen the situation by blocking cooperation among countries. But many, including Antony Fauci, head of the National Institute of Allergies and Infectious Diseases and a leading member of the administration’s coronavirus task force, have said it was probably helpful in this case as the efforts of individual countries to contain and mitigate the virus were outpaced by its rapid global spread.

On Saturday, Trump said without elaboration that “we’re finding more and more problems” with the WHO. Speaking at a White House virus briefing, he said the administration was “doing some research” on “other ways” to spend money originally intended for both the WHO and the National Institutes of Health, which he said was “giving away $32 billion a year.

The meaning of Trump’s reference to NIH, whose fiscal year 2020 budget totals $41.6 billion, was unclear.

The administration’s 2019 Global Health Security Strategy advocates increased cooperation with the WHO and other international health organizations. But although the United States has a three-year seat on the WHO executive board, expiring in 2021, the post has remained vacant. Last month, Trump nominated Assistant Secretary for Health Brett Giroir for the position.

U.S. participation in the range of Geneva-based U.N. organizations is supervised by the State Department’s Bureau of International Organization Affairs, whose assistant secretary left office last November after the department’s inspector general issued a sweeping condemnation of his leadership, including “political harassment” of career officials deemed insufficiently loyal to Trump. It is currently headed in an acting capacity by a deputy.

But below the level of political appointments, communication between the U.S. government’s public health bureaucracy and the WHO has continued throughout the Trump administration.

In addition to working at WHO, on assignments first reported Saturday by Washington Post columnist Dana Milbank, CDC officials are often members of its many advisory groups. The emergency committee advising the organization on whether to declare “a public health emergency of international concern” during deliberations in mid to late January included Martin Centron, director for CDC’s Division of Global Migration and Quarantine.

When China eventually agreed to let a joint WHO mission into the country in mid-February, it included two U.S. scientists among 25 national and international experts from eight countries, although the Americans were not permitted to visit the “core area” in Wuhan.

From the beginning of the outbreak, CDC officials were tracking the disease and consulting with WHO counterparts. A team led by Ray Arthur, director of the Global Disease Detection Operations Center at CDC, compiles a daily summary about infectious disease events and outbreaks, categorized by level of urgency, that is sent to agency officials.

Arthur, according to a CDC official who spoke on the condition of anonymity to discuss internal deliberations, has participated in the CDC daily “incident management” calls, discussing information he learned from WHO officials.

Information is passed up the chain of command from CDC to the Department of Health and Human Services in daily reports and telephone discussions, this official said.

Any information of a sensitive nature about the growing outbreak was and continues to be shared by CDC officials with other U.S. officials in a secure facility located behind the CDC’s Emergency Operations Center at its Atlanta headquarters.

In the early days of the virus response, those officials included HHS Secretary Alex Azar. Information about what the WHO was planning to do or announce was often shared days in advance, the CDC official said.