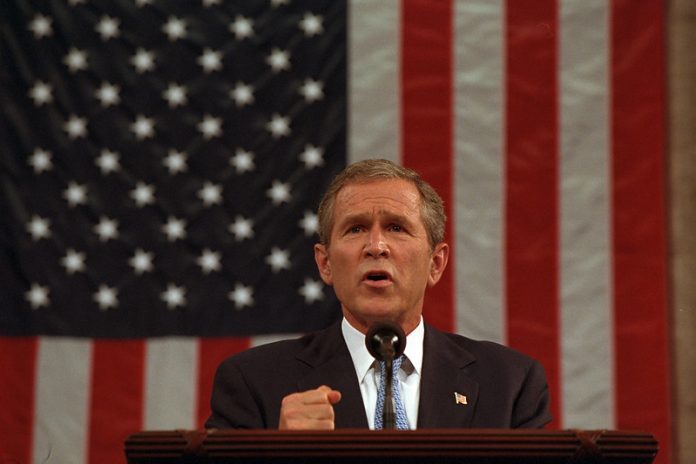 As November draws nearer, a few current and former Republican officials have begun to break ranks with the rest of their party, saying in public and private conversations that they will not support President Trump in his re-election. Some have even said that they will be voting for his Democratic opponent, Joseph R. Biden Jr.

As Trump’s political standing has slipped, fueled by his failures in handling the coronavirus pandemic and by the economic recession, some Republicans have found it easier to publicly renounce their backing.

Will not support Trump’s re-election

Former President George W. Bush: Although he has not spoken about whom he will vote for in November, people familiar with Mr. Bush’s thinking have said it won’t be  Trump. Bush did not endorse him in 2016.

Senator Mitt Romney of Utah: Romney has long been critical of Trump, and was the only Republican senator to vote to convict him during his impeachment trial. Romney is still mulling over whom he will vote for in November — he opted for his wife, Ann, four years ago — but he is said to be sure it won’t be the president.

John Bolton, the former national security adviser: As he rolled out his recently published book, “The Room Where It Happened,” Bolton said in multiple interviews that he would not vote for Trump in November. He added that he would write in the name of a conservative Republican, but that he was not sure which one.

Jeff Flake, the former senator from Arizona: Flake said in an interview with The Washington Post: “This won’t be the first time I’ve voted for a Democrat — though not for president.” He added: “Last time I voted for a third-party candidate. But I will not vote for Donald Trump.”

William H. McRaven, a retired four-star Navy admiral: Several Republican admirals and generals have publicly announced they will not support the president. In an interview with The New York Times, Admiral McRaven, who directed the raid that killed Osama bin Laden, said, “This fall, it’s time for new leadership in this country — Republican, Democrat or independent.”

He added, “President Trump has shown he doesn’t have the qualities necessary to be a good commander in chief.”

Cindy McCain, the widow of Senator John McCain: During the Democratic National Convention on Tuesday, McCain appeared in a video and recounted her husband’s relationship with Biden. Although she did not endorse  Biden in the video, Ms. McCain has expressed frustration with the direction of the Republican Party under Mr. Trump, whose attacks on Mr. McCain continued after the senator’s death.

John Kasich, the former governor of Ohio: After competing against Trump in the 2016 Republican primary, Kasich has never really thrown his support behind the president. But this week, he will be speaking at the Democratic National Convention and making the case for Mr. Biden.

Colin Powell, the former secretary of state: Powell announced in June that he would vote for Mr. Biden. He said that Mr. Trump “lies about things” and that Republicans in Congress would not hold him accountable. Mr. Powell added that he was close to Mr. Biden politically and socially and had worked with him for more than 35 years. On Tuesday night, he gave a message of support to Biden at the Democratic convention.

Miles Taylor, a former chief of staff at the Department of Homeland Security: Taylor endorsed Biden, saying that the president was “actively doing damage to our security” and that what he had witnessed Mr. Trump do as chief executive “was terrifying.” Taylor is the most senior former member of the administration to openly endorse Biden.

Christine Whitman, a former governor of New Jersey: Whitman was one of the few Republicans speaking at the Democratic National Convention. In October, Whitman told the television host Larry King that she would vote for Mr. Biden if he were the nominee, calling him the Democrats’ “best chance at winning in 2020.”

Meg Whitman, the chief executive of Quibi: A former senior official for both of Mitt Romney’s presidential campaigns and a former Republican candidate for governor of California, Whitman (no relation to Christine Whitman) also spoke at the Democratic Convention. She supported Hillary Clinton in 2016.

Susan Molinari, a former congresswoman from New York: Molinari spoke at the convention, as well. A former lobbyist for Google, she was on the Trump administration’s transition contributor list, but now appears to be supporting Biden.

Carly Fiorina, a 2016 presidential candidate: Fiorina has said she will support Mr. Biden because he is “a person of humility and empathy and character.”

Representative Francis Rooney of Florida:  Rooney has said he was considering supporting Biden partly because  Trump was “driving us all crazy” and because the president’s handling of the coronavirus led to a death toll that “didn’t have to happen.”  Rooney’s hesitation about Biden was his worry that left-wing Democrats might pull the former vice president away from the moderate political mainstream. But he does think Biden can win.

“A lot of people that voted for President Trump did so because they did not like Hillary Clinton,” Rooney said. “I don’t see that happening with Joe Biden — how can you not like Joe Biden?”

Charlie Dent, a former congressman from Pennsylvania: Dent endorsed Mr. Biden on CNN, saying “this isn’t about right or left — for me, it’s about right and wrong.”

Have expressed reluctance or misgivings, but haven’t openly dropped their backing

Paul Ryan and John Boehner, the former speakers of the House: Both have expressed their dislike of the president, but have not said whom they will support in November.

John Kelly, a former chief of staff to the president: Kelly has not said whom he plans to vote for, but did say he wished “we had some additional choices.”

Senator Lisa Murkowski of Alaska: She has said that she’s grappling with whether to support Mr. Trump in November. She told reporters on Capitol Hill in June: “I am struggling with it. I have struggled with it for a long time.”

She said: “I think right now, as we are all struggling to find ways to express the words that need to be expressed appropriately, questions about who I’m going to vote for or not going to vote for, I think, are distracting at the moment. I know people might think that’s a dodge, but I think there are important conversations that we need to have as an American people among ourselves about where we are right now.”

Mark Sanford, a former congressman and governor of South Carolina: Sanford briefly challenged the president in this cycle’s Republican primary, and said last year that he would support Trump if the president won the nomination (which was never in doubt).

That has since changed.

“He’s treading on very thin ice,” Sanford said in June, worrying that the president is threatening the stability of the country.

Dan Coats, a former senator from Indiana: Mr. Coats, who used to be Mr. Trump’s director of intelligence, is worried about the administration’s effects on the intelligence community. He hasn’t said whom he will support. Kevin Kellems, a longtime adviser to Mr. Coats, said that “ultimately he remains a loyal Republican, but he believes the American people will decide on Nov. 3.”