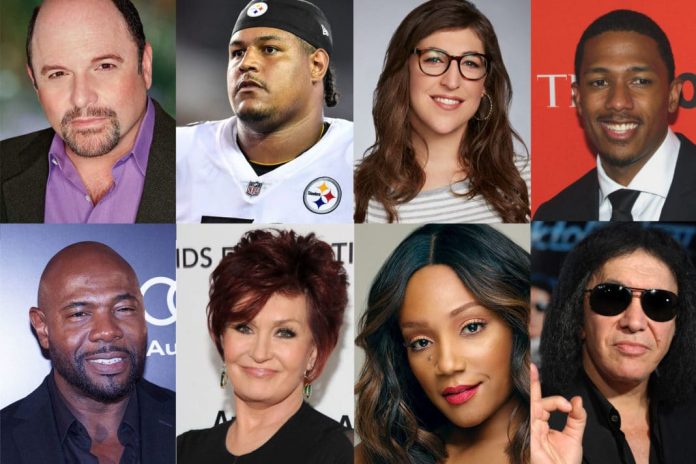 To mark the first day of Black History Month, 170 leading Black and Jewish members of the entertainment industry have signed a unity statement to form the Black-Jewish Entertainment Alliance.

“Jewish and Black artists, musicians and entertainers in some ways share a parallel history in their respective communities,” says Propagate Content chairman and CEO Ben Silverman, one of the signatories alongside Billy Porter, Sherry Lansing, Tiffany Haddish and at least 165 more. Before he died, Larry King also signed the unity statement. “After having been blocked from entering other industries, both independently turned to different aspects of show business as a refuge and outlet, and became pioneers and partners driving evolution and transformation in the creative fields.”

Added Antoine Fuqua in a statement, “As two communities that have long been targeted simply for who they are, the Black and Jewish communities are stronger when we stand together. It is thus incumbent on us, as members of the entertainment community, to continue to be united in the face of hateful discrimination and be a positive voice for change.”

Silverman says the Alliance came together naturally through the network of professional and personal relationships people have with one another in the industry and was motivated in part by the desire to heal from the chaos and laments during the Trump era. “The intertwined Confederate and Nazi imagery at the Capitol on Jan. 6 put a spotlight on racial disparities—how little has changed over time,” he says. “Our generation that stands on tall shoulders of the past can continue to shelter in our separate igloos of privilege with our own stories echoing back to us, or we can unite.”

The Alliance will hold programming events designed to foster understanding and fellowship between the two communities. The coming month will see a panel about being both Black and Jewish (featuring musician/activist Autumn Rowe, social justice artist Bourn Rich and former pro basketball player David Blu), a discussion of historical Black and Jewish musical collaborations (led by Gene Simmons and Sharon Osbourne) and a conversation with the CEO and president of Nashville’s newly opened National Museum of African American Music, H. Beecher Hicks III. Future plans include both virtual events like Clubhouse talks and, health permitting, in-person trips such as pilgrimages to destinations that are historically and/or culturally significant to each community.

“This Alliance will elevate voices in the entertainment community that can help the public to better understand the causes, manifestations, and effects of racism and antisemitism, ensuring that our industry is doing its part to be a voice for hope, unity, and healing in our country,” said Warner Records co-chair and CEO Aaron Bay-Schuck in a statement.

“The impact of the Alliance is to reignite and realign the power that exists in the connection between the Black and Jewish communities,” says Silverman, who notes that Jewish Americans were allies of the civil rights movement and that his own commitment to the cause stems from his grandfather Max Delson, an attorney who represented the first all-Black union (the Brotherhood of Sleeping Car Porters) as well as Actors’ Equity under its first Black president, Frederick O’Neal. “The purpose is to grow and build a civil rights movement for the next generation, to complete the work left undone, and to write a new chapter for the future.”

Read the full unity statement below and see the list of signatories so far.

We acknowledge that the Black and Jewish communities have a shared history of subjugation and persecution.

We recognize that the Black community in America has faced a history of racism that continues to this day, while the Jewish community is currently encountering record levels of antisemitism, which affects both groups’ sense of fear, vulnerability, and self-worth.

As members of the entertainment community, we stand against all forms of hate, and pledge to work to bring our two communities together in solidarity, to support one another in our struggles, and to better understand each other’s plight and narratives.

In the spirit of Martin Luther King Jr., Rabbi Abraham Heschel, and the many Blacks and Jews who stood together in the fight for civil rights, we come together to support each other in the struggle against hatred and bigotry.

In the words of the late John Lewis, “We are one people, one family, the human family, and what affects one of us affects us all.”