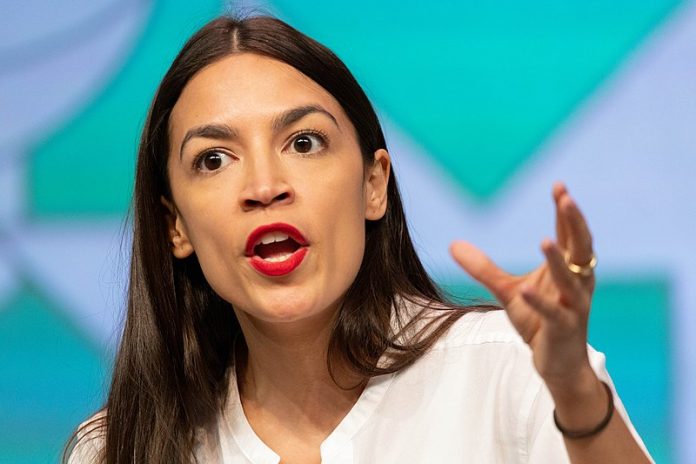 Socialism: It’s a buzzword in the 2020 election season, having sprung up dozens of times during the campaign, particularly during the Republication National Convention. Conservative leaders depict the idea as a democracy-killing bogeyman. Some Democrats — including Senator Bernie Sanders and Representatives Alexandria Ocasio-Cortez and Rashida Tlaib — have embraced the label with gusto.

The political philosophy has a history going back centuries. Directly or otherwise, it has influenced government policies around the world, including in America.

But what exactly does socialism mean? What do socialists want right now? And is the Republican warning — that socialism is threatening to destroy the American way of life — a real concern? There are some facts about socialism that are beyond dispute.

This is socialism… and this isn’t

At its simplest, socialism calls for a nation’s citizens to control at least some of its means of production — the major ingredients needed for a healthy economy. Think infrastructure, energy, natural resources. Under socialism, any surplus or profit from those sectors must benefit those same citizens. Capitalism, meanwhile, calls for private owners to control the means of production and to keep any profit they make for themselves.

Many Americans see these two systems as opposites — and Republicans, in particular, tend to view it as an either-or situation. In a recent Pew Research Center survey, the majority of Republicans (68%) expressed a positive view of capitalism and a negative view of socialism.

But a substantial minority of voters hold a positive view of both systems — 25% of the overall group of Americans surveyed by Pew felt favorable about socialism as well as capitalism.

The fact is, the two systems can and do, coexist in many countries. Some governments blend socialist policies with capitalism and democratically elected leadership, a system usually called social democracy.

Overall, socialism accounts for a small percentage of America’s political makeup. Socialist Party USA had no members in any national or state office in 2020. Only about half a dozen DSA members have held federal office over the years, all in the U.S. House of Representatives, including the current Congresswomen Ocasio-Cortez and Tlaib. Senator Sanders calls himself a democratic socialist and has been supported by the DSA, but he is not a known member and does not run under the Socialist Party.

Republicans have frequently used the terms “socialism” and “socialist” as a threat or insult when referring to progressive candidates who are not actually socialists.

For Jabari Brisport, a New York teacher and state senate candidate, “What [socialism] means is that energy, housing, health care, education, finance, and transportation … shall be controlled publicly and not run by, for-profit motive.”

Other socialists have pushed for a total ban on private enterprise. Karl Marx, the Prussian intellectual who championed socialism in the 19th century, predicted that capitalism was doomed to fail, and a government-controlled economy would rise. Vladimir Lenin, whose Bolshevik revolution gave rise to the Soviet Union’s communist regime, preferred armed struggle to help push capitalism into history’s trash bin.

The new face of socialism
Today, the most prominent of America’s socialists are very different from the Marxists of the past. They largely push for progressive reforms within capitalism — a philosophy generally defined as social democracy.

The Democratic Socialists of America aims to blend socialist-inspired reforms with America’s current free-enterprise system. The DSA does not believe private enterprise should be immediately overthrown in favor of a government-run economy. Instead, Ocasio-Cortez, for example, has pushed for a “revolution of working people at the ballot box” — new laws and stronger unions to make private businesses more accountable to what DSA members see as public interests.

The Republican Party has made socialism — or more specifically, warnings about socialism — a part of its 2020 campaign messaging. During the Republican National Convention in August, one of the speakers, Senator Tim Scott of South Carolina, cast socialism as antithetical to the American Dream.

“If we let them, [Democrats] will turn our country into a socialist utopia, and history has taught us that path only leads to pain and misery, especially for hard-working people hoping to rise,” Scott said.

Some of Biden’s policy proposals do call for big spending; he has proposed a $2 trillion clean energy plan. But Biden has also rejected ideas that are darlings of the DSA, such as the Green New Deal. (President Trump, for his part, has also pushed for mega-spending on areas that could be seen as means of production — including a $12 billion aid package for farmers.)

Opponents of socialism often point to Venezuela as a cautionary tale. Once ranked as the richest South American country thanks to its oil reserves, in 1998 Venezuela elected a socialist leader, Hugo Chávez. Chávez centralized power in his increasingly authoritarian grip and spent billions on social programs from profits on oil. Under Chávez’s successor, Nicolás Maduro, global oil prices plummeted and Venezuela’s petroleum-dependent economy collapsed.

“It’s just empty, empty shelves, all over,” says Venezuela-born Maria Fernanda Bello, a coalition director for Young Americans Against Socialism. “Socialists are always going to promise you free tuition, free health care, free everything, but they will never promise you freedom.”

But American socialists like Bernie Sanders reject the comparison.

“Let me be very clear: Anybody who does what Maduro does is a vicious tyrant,” Sanders said at a 2019 Democratic primary debate. “To equate what goes on in Venezuela to what I believe is extremely unfair.”

But is socialism American?
Some of America’s most popular policies have been linked with socialism since their inception, whether the label was earned or not. When Social Security was first proposed by President Franklin Delano Roosevelt in the midst of the Great Depression, a suspicious senator asked the secretary of labor whether it counted as socialism. When told it did not, the senator responded, “Isn’t this a teeny-weeny bit of socialism?”

American entrepreneurs have also taken advantage of programs that could be interpreted as socialism-lite.

Donald Trump’s father, Fred, got his start building Depression-era homes for New York families with the help of the Federal Housing Administration. The FHA insures home mortgages made by private lenders — essentially bringing some control over America’s finances under the power of its people, via the federal government. Later, Fred Trump turned to the FHA again, building agency-backed housing for military families. Donald Trump later inherited his father’s fortune, built-in part by these projects.