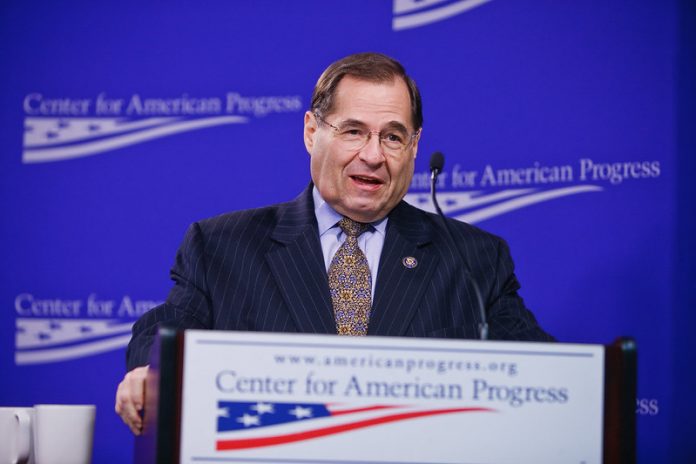 House Judiciary Committee Chairman Jerrold Nadler was involved in a car accident on the morning of Tuesday, July 28, 2020, while heading from New York to Washington, DC, his spokesman said in a statement.

Nadler (D-NY) was on his way to his committee’s hearing with Attorney General William Barr on Capitol Hill when the accident occurred.

The New York Democrat was not driving and was not hurt. As a result, the hearing with Barr will be delayed until 10:45 a.m.

Barr faces questions on some of the most pressing and controversial issues of Trump’s presidency.

He will be asked about the often violent crackdown on racial justice protests, including the clearance of Lafayette Park in Washington DC ahead of the president’s photo opportunity at a nearby church, and the escalation of militarized federal agents to crush demonstrations in Portland, Oregon.

Barr also faces questions over allegations that he has used his office to protect friends of the president who have been convicted or admitted to criminal offenses linked to the probe into Russian interference in the 2016 election.

The attorney general dropped a case against Michael Flynn, Mr Trump’s first national security adviser, who admitted lying to the FBI over his contacts with the then-Russian ambassador to the US.

He also argued for a shorter sentence than that recommended by prosecutors for Roger Stone, a longtime friend, and adviser to the president, who had been convicted of obstruction, obstruction of justice and witness tampering. Stone was sentenced to 40 months in prison but the president commuted the sentence.

Barr also faces questions over the as-yet unexplained firing of Geoffrey Berman as the top federal prosecutor in Manhattan. Mr Berman was said to be investigating Rudy Giuliani, Trump’s personal lawyer, and was leading the case against Ghislaine Maxwell, a longtime friend of the president whom he “wished well” when asked about the charges against her, which include involving minors in illegal sex acts.

Democrats will challenge him on his handling of the Mueller Report into whether the Trump campaign colluded with the Kremlin during the 2016 election. Barr has been accused of issuing a misleading summary of the report before it came out to try to set the narrative in a way that was more positive towards the president.

Questions over Trump’s repeated claims that mail-in voting will lead to widespread electoral fraud, and the spread of coronavirus in prisons, are also likely.