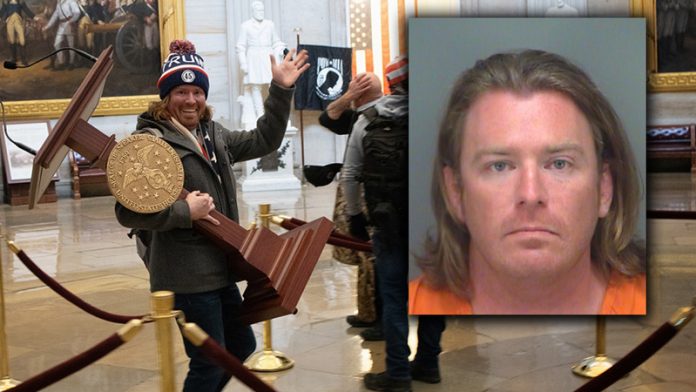 A man photographed carrying what appeared to be House Speaker Nancy Pelosi’s lectern during Wednesday’s riot at the U.S. Capitol has been arrested in Florida, law enforcement records show.

The arrest of Adam Johnson, aged 36, from Parrish, Manatee County, Florida, was logged by the Pinellas County Sheriff’s Office on Friday night, January 8, 2021, —two days after the disorder broke out.

Johnson was booked into jail in Pinellas County around 9 pm., and remains there on a U.S. Marshall’s warrant.

Johnson has been identified by local newspaper The Bradenton Herald and national news outlets as the man seen in a picture that went viral following the riot.

The image showed a smiling man in a pro-Trump beanie hat who was carrying a lectern bearing the seal of the Speaker of the House.

According to Florida’s WFLA News Channel 8, Johnson is married to a local physician, has five children, and is a stay at home dad.

The Miami Herald reports that the 36-year-old has a history of social media posts that criticized the Black Lives Matter movement and law enforcement officers. Those posts have since been taken down.

The station reported on Saturday that Johnson is a registered voter with no party affiliation and that he voted in the general elections of 2004 and 2020.

Allan Mestel, who told the channel he was an acquaintance of Johnson, said he had notified the FBI when he recognized the Florida man in the photo.

“I felt a little disassociated for a minute. It was almost like, it was surreal. I mean it was surreal. I wasn’t surprised, but I was shocked,” Mestel said. “Couldn’t believe it, the fact that I recognize somebody from our hometown”Just because you left the D.C. region, you can still expect a knock on the door if we find out that you were part of the criminal activity at the Capitol,” Steven D’Antuono, assistant director of the FBI’s Washington Field Office, told the press on Friday.

The Pinellas County Sheriff’s Office’s Subject Charge Report records that Johnson has tattoos of “God, wings, cross” and that he’s being held “awaiting trial.” The document lists the booking type as “Federal Marshall.”

It’s not yet clear what charges Johnson will face but the FBI has been appealing for information on those who entered the Capitol and had arrested 82 people by Friday, according to the Los Angeles Times.

“Just because you left the D.C. region, you can still expect a knock on the door if we find out that you were part of the criminal activity at the Capitol,” Steven D’Antuono, assistant director of the FBI’s Washington Field Office, told the press on Friday. 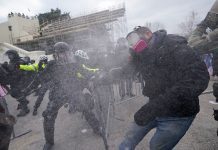 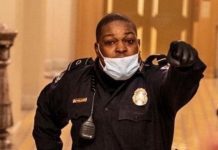 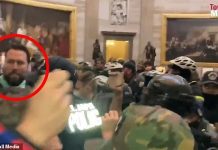 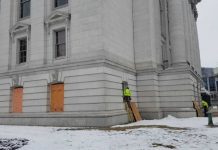 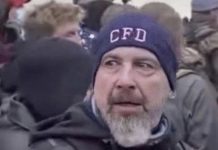 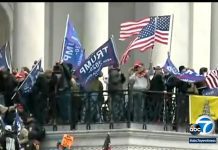