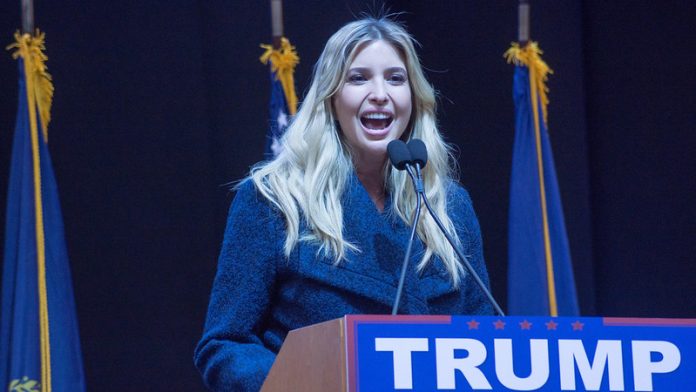 In the face of mounting criticism over her continued operation of an international business bearing her name, first daughter and White House advisor Ivanka Trump announced in 2018 that she was shuttering her namesake fashion brand. According to her latest financial disclosures, “All operations of the business ceased on July 31, 2018.” Also according to her latest financial disclosures, she made at least six figures from the trust holding that business in 2019. Something doesn’t add up there.

In her financial disclosures covering 2019, first obtained by CREW, Ivanka reported making between $100,000 – $1,000,000 in rent or royalties from the Ivanka M. Trump Business Trust (IT Collection, LLC Holding Company), which is comprised of her various Ivanka branded fashion companies, as well as holding her foreign and domestic trademarks.

New analysis of Ivanka Trump’s 2019 financial disclosures shows that either the shuttering of her business may have applied only to parts of her fashion brand like clothing, or that she continued to make money off of her fashion brand after it closed down. The trust that holds the clothing line also contains the brand’s trademarks, fragrances, jewelry, handbags, “baby home,” eyewear, and more. The way the income is reported makes it impossible to tell which of these lines has continued to bring in money, but together they could still be making up to a million dollars a year.

What we do know is that Ivanka Trump’s clothing, sunglasses, handbags, and perfumes can be found for sale on the internet’s largest retailer: Amazon. Ivanka Trump jewelry is also still for sale online. Clothing from Trump’s brand is for sale at Walmart and on Overstock.com. This could all be leftover merchandise from before the brand shut down, or Trump could have kept some parts of her brand open for business while claiming to shut down her brand–the websites for her brands, at least, have shut down. The way her business deals may have been structured could allow her to continue making passive income off of the production of “Ivanka” goods manufactured and sold by others.

Ivanka’s perfume is particularly easy to come by online from major retailers. While the clothing line was hit with boycotts in 2017, reporting at the time showed that her perfume was surging in popularity, even becoming Amazon’s most popular women’s fragrance at one point. These days, the only Ivanka clothing you can find is in odd sizes with low stock and significantly marked down prices. The same cannot be said for Ivanka branded fragrances.

When her spokesperson announced the shutdown, she let it be known that the business would still pursue foreign trademarks, which makes sense, as the licensing of her name has always been one of Ivanka Trump’s biggest financial assets. CREW reported earlier this week that Trump obtained a trademark for the brand from Canada in January 2019. Her continued accrual of trademarks will ease the way for her to get back into business after leaving the government, which is apparently not far from Trump’s mind. The New York Times recently reported that Trump “has told friends that she’s looking forward to returning to New York and to her lifestyle brand.”

When she stepped away from the brand, ostensibly shutting it down, potentially permanently, it was surrounded by controversy. While championing working women and bringing jobs back to America in her White House role, she faced scrutiny because her clothing was made in countries like China and Indonesia, often by women in poor working conditions for low wages. In the first of many ethics scandals to come, Kellyanne Conway was reprimanded for giving a “free commercial” for Ivanka brand products from the White House briefing room.

Public scrutiny intensified for Trump when CREW broke the news that she was accumulating foreign trademarks that were often approved around the time she had meetings in her government role with officials from those countries. Finally, in July 2018, Trump shuttered the brand saying that it was the “only fair outcome” for her team.

With major retailers dropping the Ivanka clothing brand, it made sense for the public to walk away while the pressure was at its highest. So when they announced they were closing the company and that its business deals–including with its clothing manufacturer, G-III – would expire in the coming months, there wasn’t much reason to question it. And indeed it looked like it had, since most eyes were focused on the clothing business, and retailers’ stock quickly diminished.

This is why close scrutiny matters. Ivanka Trump’s spokesperson said her business was closed. She wrote on her official government disclosures that it ceased all operations two years ago. If there is an explanation as to how a business can both cease all operations and still be making her as much as a million dollars a year, she owes that explanation to the American people. At this point, we cannot afford to take her word for it. 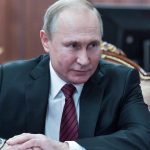 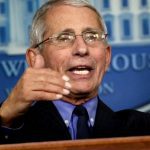